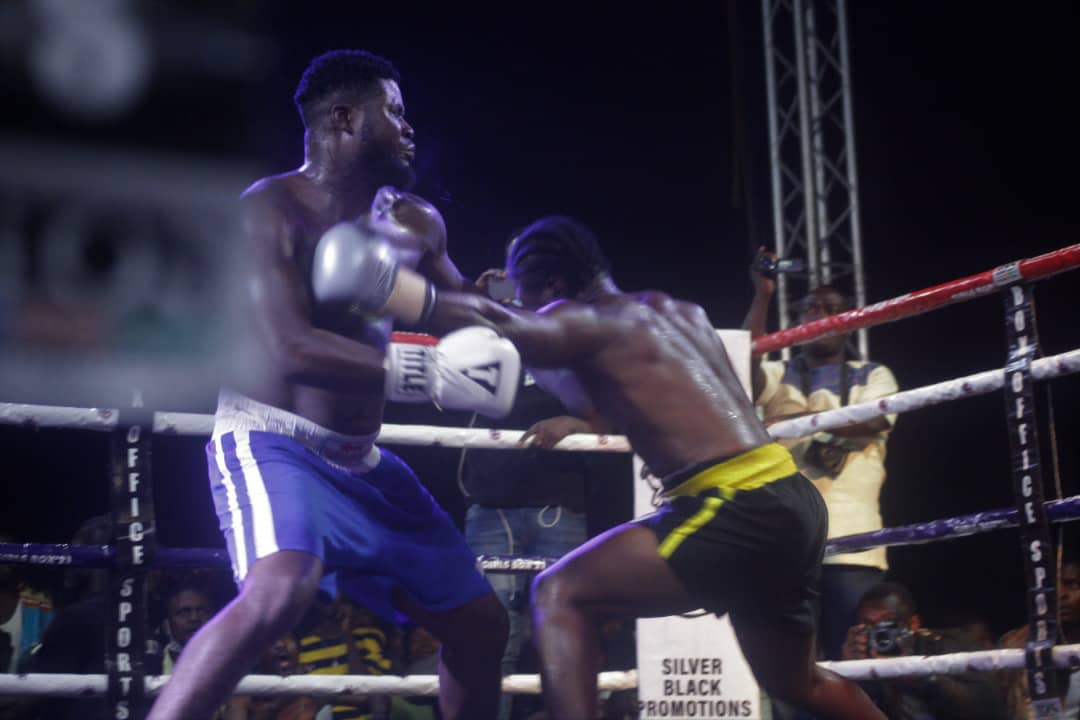 Carl Lokko, the man they affectionately call Osu Lion lived up to the warrior name after dispatching off big foe, Ishmael Benjamin Coffie AKA One Blow with a devastating KO Friday night at the famous Salem Park in Osu, heart of the Ghana capital, Accra.

“The King’s Belt recorded a great attendance. It was a beautiful amateur fight tournament, fighters gave all their all,” said Mr. Sowah.

“Silver Black Promotions thanks the media, coaches and the Ghana Boxing Authority for their support, we couldn’t have done it without them,” he continued.

“We are committed to making more fights. We are likely to return in November or December which will also be an amateur fight, we just want to give the young ones opportunities to experience their passion in front of huge crowds like this,” the Silver Black Promotions boss added.

In the event, under 10 year old sensation, Prince ‘The Buzz’ Larbie entertained the audience to another show as only he does with his motivational father in his corner, winning the 3-rounder against Oko even though the referee ruled a knockdown against him in the opening round.

A number of underground artistes also performed in-between fights to spice up the occasion and this included Swyt, Yaw Flex, Ruby Delart , Captan and Ara B.

Below are some more photos from the night: