Richard Commey on Devin Haney radar for next fight 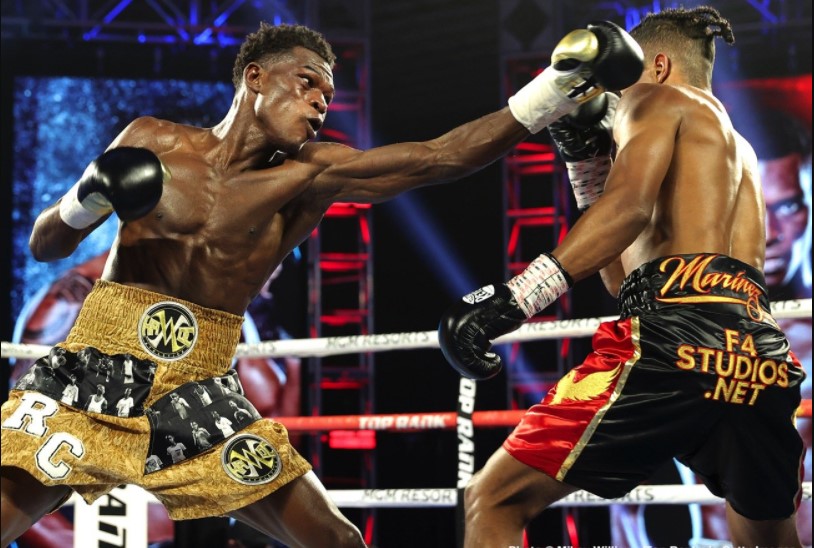 Devin Haney’s next title defense for WBC lightweight could come against either Jovanni Straffon or Richard Commey if his mandatory challenger Joseph ‘Jo Jo’ Diaz Jr. fails to accept the fight.

Right now, it’s looking like Diaz Jr. may choose to fight Ryan Garcia rather than use his mandatory status with the WBC to challenge Haney.

IBO lightweight champion Straffon, 28, would be an odd choice for Haney to defend against because he’s ranked low with the WBC, and he has a title defense this Saturday against Maxi Hughes (23-5-2, 5 KOs) on the undercard of Mauricio Lara vs. Josh Warrington II at the Headingley Rugby League Stadium, Leeds.

Former IBF 135-lb champion Commey would be a risky fight for Haney to be facing right now, considering that he was badly hurt in his last title defense against Jorge Linares on May 29th.

Haney was hurt in the championship rounds by a big shot from Linares, and he spent the final four rounds virtually in survival mode, holding onto Jorge to keep from getting knocked out.

Had the referee done his job by warning and/or penalizing Haney for excessive holding, Linares likely would have knocked him out. Haney’s punch resistance was completely gone from the ninth round on.

If Commey hurts Haney in the same way that Linares did, he’s probable that he’ll finish him off. Linares was too patient after hurting Haney, and he allowed him to survive by going for the kill and letting him clinch nonstop without continuing to nail him with shots.

Hearn would be wise to match Linares against Staffon next rather than Commey, as he doesn’t hit as hard, and he might be a little depleted after his fight this Saturday night against Hughes.

“I wish Devin Haney and Ryan Garcia would just fight,” said Hearn to Boxing Social on Thursday. “I mean, he’s been the mandatory for Devin Haney.

“There’s no point to keep talking. Just get in there and fight, and I think it’s a great fight for the division. I’m working on Devin’s next fight, and it should be announced in the next couple of weeks. I got a call with him today to go through it,” said Hearn.

Ryan Garcia would be a dangerous fight for Haney, but he’s not interested in fighting him at the moment. Earlier on Thursday, Haney and Ryan went back and forth, jawing on Twitter after Devin took a shot at his trainer Eddy Reynoso, saying:

Ryan Garcia then said, “Shut your mouth, accusing me of cheating. I get it you can’t punch even with 8oz gloves but don’t be accusing me of such a serious accusation.”