It's a fight: Alfred Lamptey, Iddi Kayumba on weight for WBO/WBC youth titles in Accra tonight 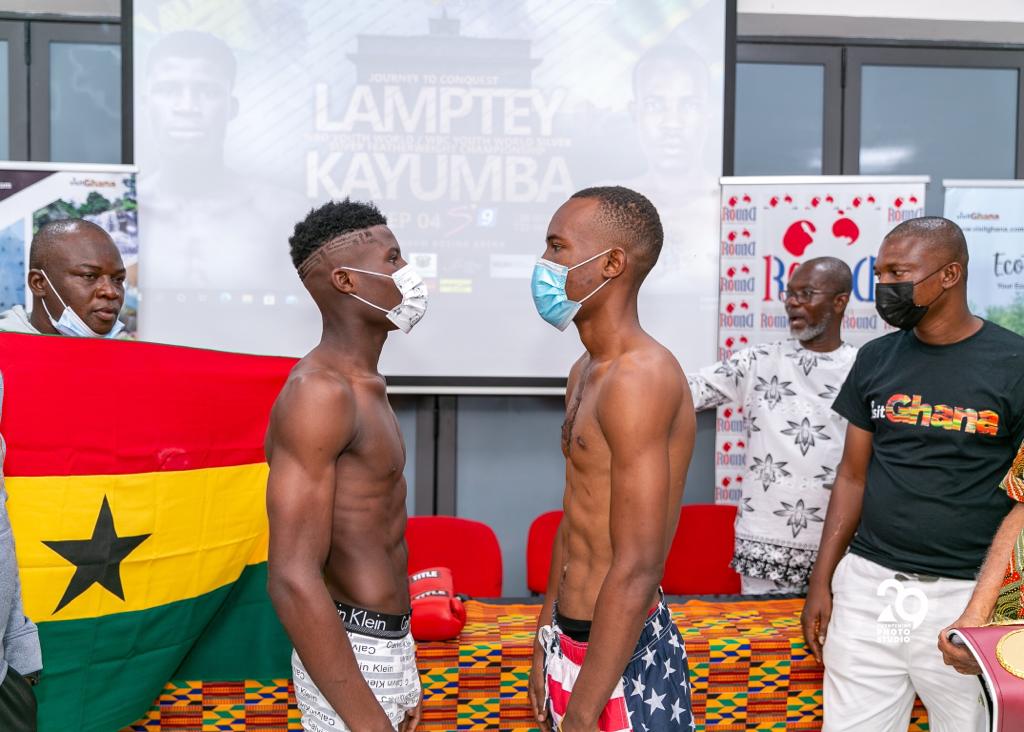 All is set for the double global youth titles fight in the Ghana capital this evening after Alfred ‘Bukom Bomber’ Lamptey tilted the scales at 127.6 lbs whilst his opponent, Iddi Kayumba of Tanzania made the exact 130 lbs on the second try at the mandatory pre-fight weighs on Friday.

Kayumba who arrived late as he missed his initial flight and just arrived in Accra only on weigh-in day, initially came in at 131.6 lbs, well over the limit and had to be given an extra two hours to trim down and he eventually did make weight, setting the stage for the clash against 19 year old Lamptey for both of the WBO youth junior lightweight and WBC youth silver super featherweight belts Saturday night at the Bukom Boxing Arena.

Put together by Alex Ntiamoah-Boakye’s Box Office Sports Promotions and set to be screened across nearly 50 countries across Africa and beyond on Supersport on DSTV, young Lamptey goes in search of two new titles to add to the West Africa Boxing Union (WABU) and Universal Boxing Organisation (UBO) featherweight championships he captured by beating experienced countryman, George Krampah in March.

Lamptey and Kayumba flex for the cameras