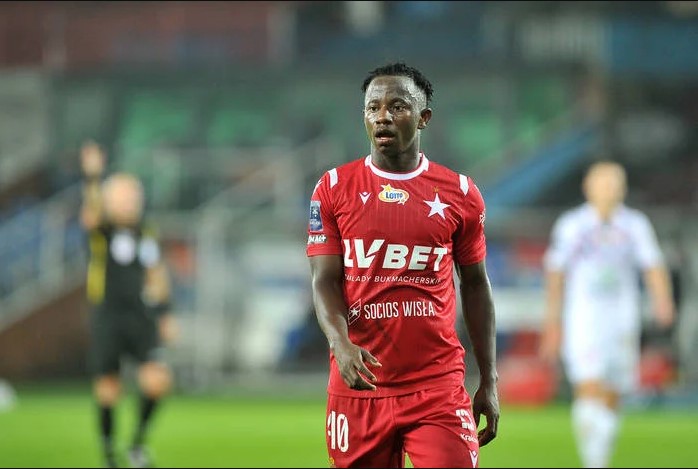 Ghana winger Yaw Yeboah is proud of his time at English giants Manchester City although he didn’t get the chance to play for the first team.

Yeboah, who is making waves in the Polish league with Wisla Kraków and recently scored one of the best goals in 2021, says he learnt a lot at the reigning Premier League champions.

Yeboah joined Manchester City in 2014, after graduating from the Right to Dream Academy in Ghana. He was released by the club after four years.

“Manchester City is the partner of the academy where I trained and played. I was recommended to a famous club from England and went there as a Ghanaian junior player. It was a beautiful time, but also a great leap forward for me. I trained a lot with the senior team.

“Yaya Toure, Sergio Aguero, Vincent Kompany, Raheem Sterling, Mario Balotelli, Emmanuel Adebayor helped me a lot, they treated me like a younger friend. The celebrities motivated me to train, I was happy with every class, the Manchester City team was like a family to me. I developed a lot there, but I didn’t make it to the first team,” Yeboah said in a recent interview.

The 24-year-old returned to the Black Stars this month for the qualifiers, a reward for his highly impressive performances in Poland.

He made a substitute appearance in the win over Ethiopia and started in the defeat against South Africa at the FNB stadium.