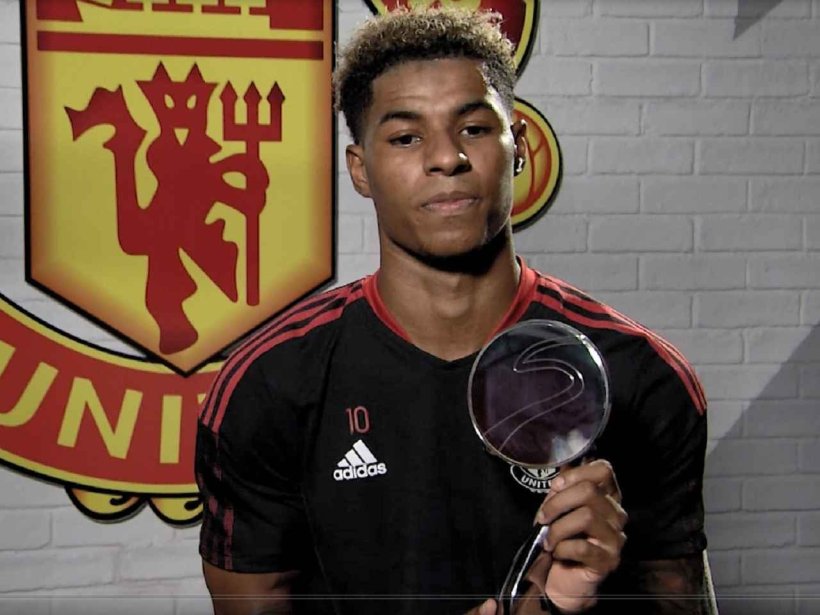 Marcus Rashford has been honoured with a prestigious award in recognition of his work on behalf of vulnerable children.

The Manchester United forward was named as this year’s recipient of the Integrity and Impact Award at the 2021 Sport Industry Awards on Wednesday.

The judges praised Marcus for his passionate campaigning against child food poverty, which has won widespread public support and resulted in UK policy changes on access to free school meals.

Marcus Rashford is continuing his rehabilitation at Carrington

Marcus was unable to attend the ceremony in London as he continues his recovery from shoulder surgery but sent a video message saying he was “humbled” by the award.“Being a Premier League footballer was always my dream but with it comes a lot of responsibilities and privileges,” he said. “I know how fortunate I am, so I’m just doing what I can to help young people in the same situation I was in growing up.

“We hear a lot about divisions in society, but amazing things are possible when people come together, and sport has the power to make that happen. So, a big thank you to everyone that has supported the campaign against child food poverty and please, let’s keep going.”

Presenting the award, Paralympic legend Baroness Tanni Grey Thompson said: “The past year has been like no other, and in a time of great challenge some athletes have found their voice and sport has become a platform for change.

“One athlete spoke for those who had no voice with the power of his words coming from his own lived experience. The personal account of a childhood that was defined by the love of his mother, football and hunger.

“Putting your head above the parapet as an athlete comes with some risk, and openly holding the Prime Minister and government to task is another level. Marcus’ voice has been prominent in the fight against racism and tirelessly campaigning against food poverty and for free school lunches forcing a government U-turn and bringing relief to thousands of families nationwide.

“He has transcended his role as an athlete and used his platform to enact real social change on a scale scarcely seen before, fighting for those less fortunate, less represented, and less heard in our society.