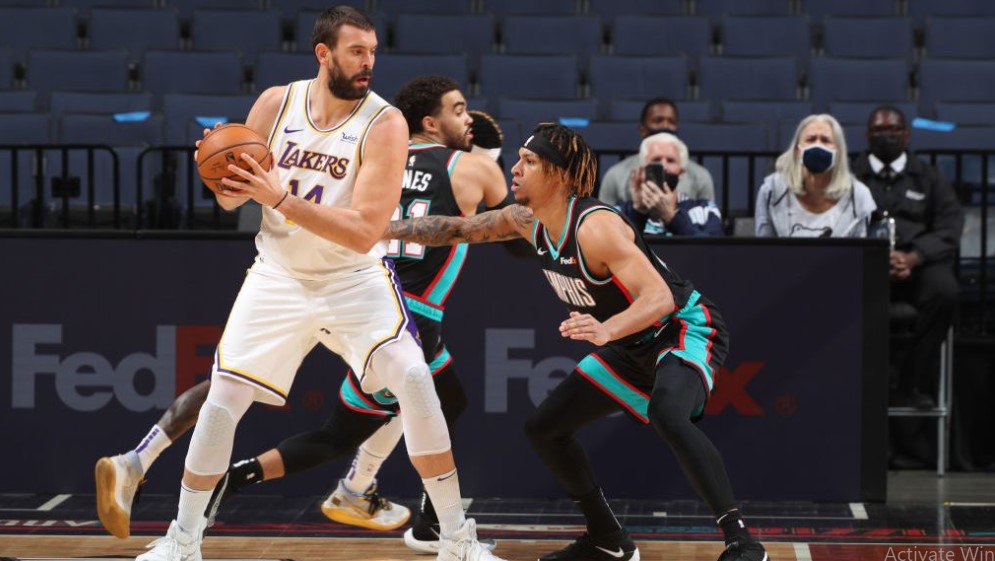 Marc Gasol said he’d return to the Lakers next season.

But his commitment to the Lakers had run hot and cold and hot and… So, it wasn’t taken for granted he’d actually return to Los Angels.

He’ll depart the NBA via trade to the Grizzlies.

“The Lakers have agreed to trade Marc Gasol, a 2024 second-round pick and cash to the Grizzlies for the draft rights to Wang Zhelin, sources tell ESPN. Deal saves Lakers $10M. Gasol and Grizzlies will work together on waiver and release to allow him to remain in Spain w/ family.”

This trade brings Gasol’s career full circle. Drafted by the Lakers, Gasol had his NBA career jumpstarted with a trade to the Grizzlies (for his brother, Pau Gasol). Marc became an All-NBA first-teamer, All-NBA second-teamer, three-time All-Star and Defensive Player of the Year in Memphis. This is a nice ceremonious return to the place he’ll one day have his number retired.

Marc had been rumored to be considering playing in his native Spain, where Pau is already playing after his own great career. Marc, who won a title with the 2019 Raptors, might see that as an ideal final chapter. Or he might be ready for retirement.

The Lakers will move on with Anthony Davis, Dwight Howard and Dwight Howard at center. Gasol’s shooting, passing and defensive intelligence will be missed, though. Even at 36 and well past his peak, he usually made good things happen when on the court.

By trading Gasol rather than waiving him themselves, the Lakers get significant luxury-tax savings. That’s why they’re sending the Grizzlies a pick and cash.

This trade could have been made with numerous teams. But it feels right Gasol is returning to Memphis, even if only on paper.