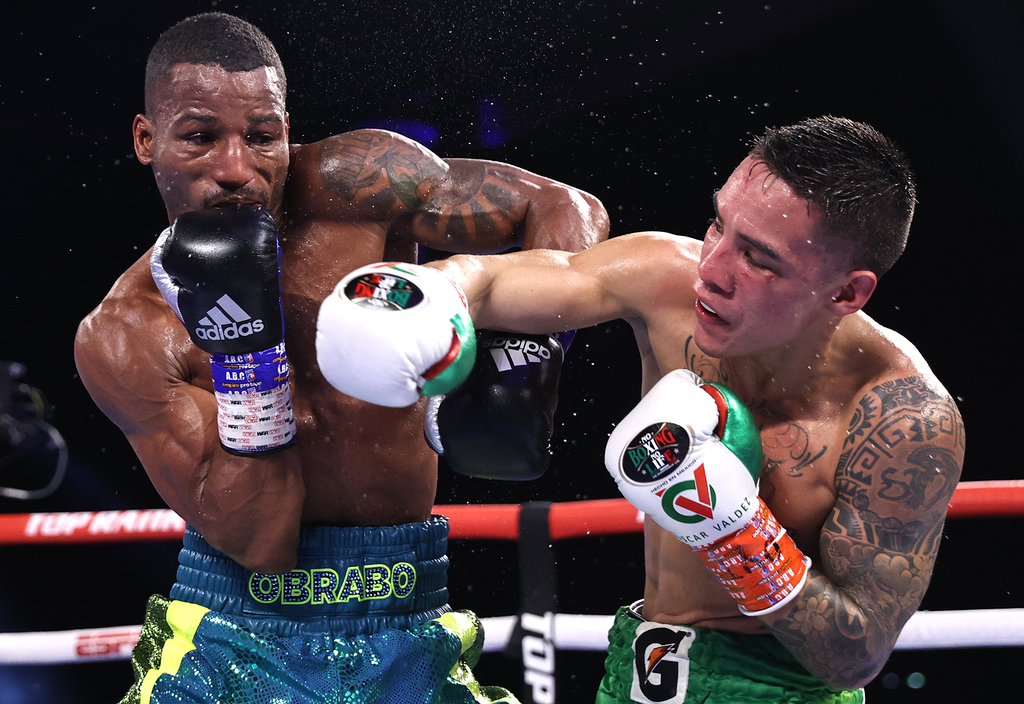 Oscar Valdez started slow. Robson Conceicao was fighting the fight of his life. The champion then turned it around. Valdez retained his WBC super featherweight world title Friday evening with a unanimous decision (115-112 2x and 117-110) over 2016 Brazilian Olympian gold medalist Conceicao in front of a sold-out crowd of 4,545 at Casino Del Sol. It was the first defense of the WBC title for Valdez, who stunned the fight world with an upset knockout win over Miguel Berchelt earlier this year.

Adding insult to injury, Conceicao had a point deducted for a rabbit punch in the ninth round. Valdez (30-0, 23 KOs) survived with his title in tact and now looks toward a potential unification match with the winner of the October 23 bout between WBO champion Jamel Herring and unbeaten star Shakur Stevenson.

“We all want the winner of Shakur Stevenson and Jamel Herring. Let’s do it.”

Conceicao said, “This is boxing. I cannot go with his game. I played my game. Look at his face and look at my face. I have nothing on my face. Oscar’s is all fu—- up. I won this fight.”

Added Top Rank chairman Bob Arum: “If the fighters want the fight, I have no problem putting Oscar in with the winner of Jamel Herring and Shakur Stevenson.”