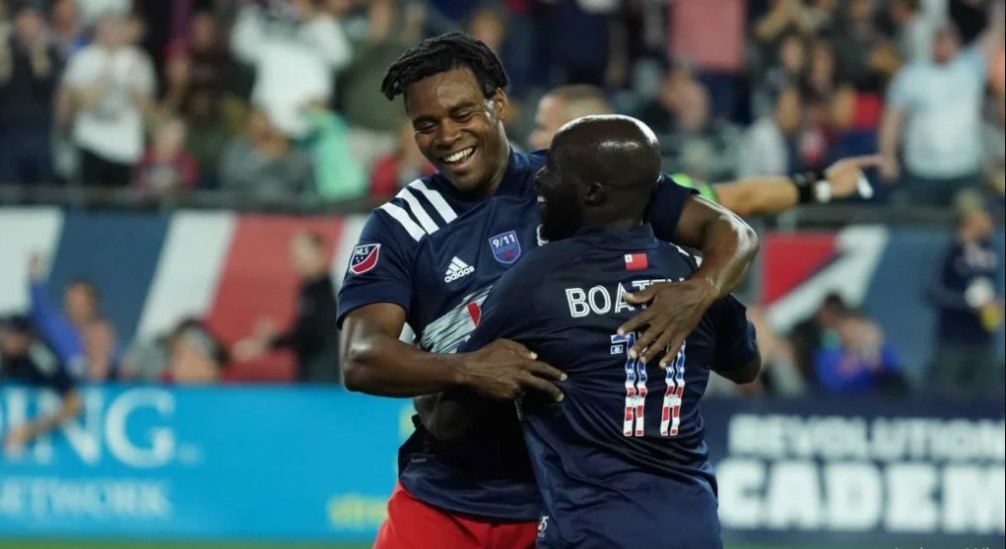 Boateng was handed a rare start and he made the most of it by scoring the equaliser that propelled Eastern Conference leaders to secure a come from behind victory.  It was Boateng’s third start of the season and has now played over 250 minutes.

It was interesting to see Boateng end up leaving the match at halftime. He was performing well but Arena decided to take him out. According to the coach, that was the plan all along.

“We were bringing Carles [Gil] in at halftime and someone had to come out,” Arena said.

“And out of the midfield, it was either going to be Wilfrid [Kaptoum] or Ema [Emmanuel Boateng] and I thought Wilfrid was a little bit fresher. But Ema’s doing a good job and hopefully, he can continue to move forward in an important time of the year as we close out the season and have the playoffs.”

The 27-year-old despite the limited game time has scored two goals.