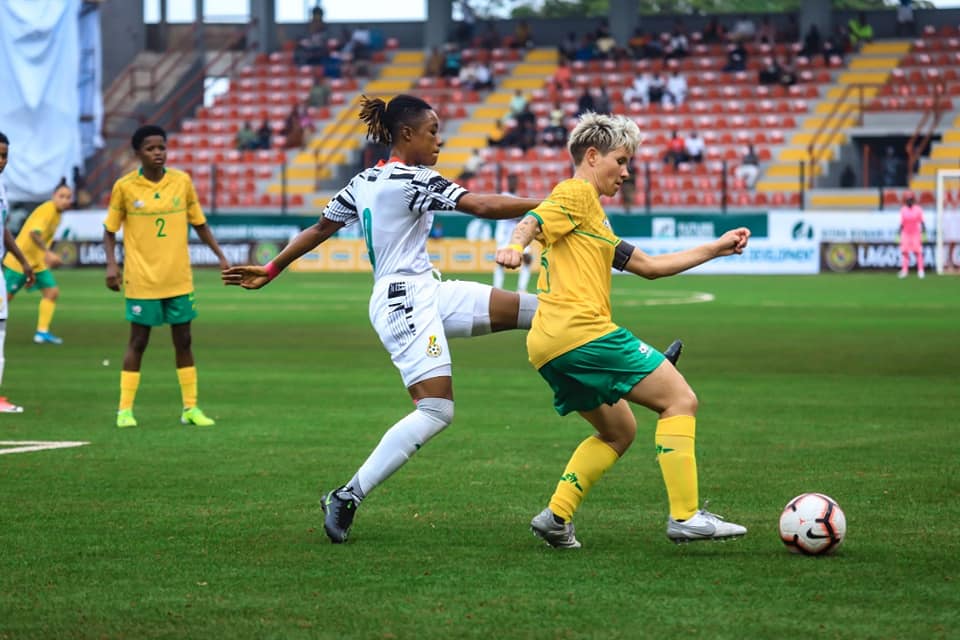 She was speaking after the South African Women’s national team handed her team a comprehensive 3-0 spanking in the Aisha Buhari Cup ongoing in Lagos, Nigeria.

The two teams met on Friday in their opening group B encounter and the South Africans won thanks to goals from Hildah Magaia, Thembi Kgatlana and Sibulele Holweni.

After the game, when asked about the rise of South African women’s football, Tagoe-Quarcoo was very complimentary of what she had witnessed on the day.

She went on to highlight the difference in the fortunes of the two countries in terms of developing women’s football by stating that Ghana had always been better than the South Africans. However, she decided to use the strangest of metaphors by describing Ghana’s dominance over South Africa as follows:

“South Africa used to be our girlfriends. We used to use them anyhow we wanted.”