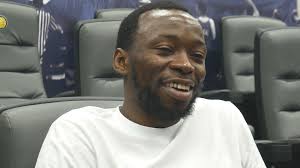 Mere weeks after joining the team from NBA team Indiana Pacers, the 6 foot 10 inch defender continues to impress after registering an impressive 10 points, eight rebounds, two assists and a block in Mets 84-85 loss to Bayamon on his debut.

Mets beat Cangrejeros 94-90 and topped Grises 105-102 in two straight games with Brimah registering near double doubles in the stretch.

Following his signing, Guaynabo Coach Brad Greenberg raved about Brimah’s shot blocking skills that has had the former University of Connecticut player named in the NBA Gatorade League All Defensive Team in his career.

Guaynabo have 12 wins and 13 losses in the regular season thus far.