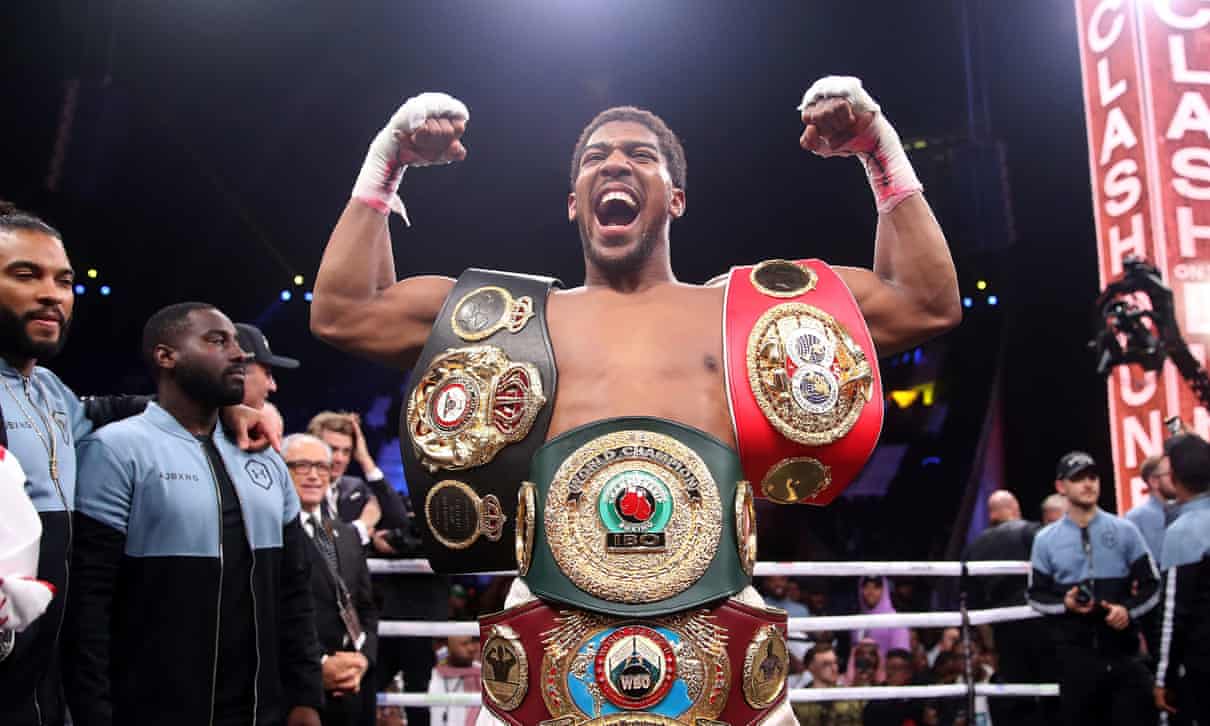 Anthony Joshua has suggested his world heavyweight title defence against Oleksandr Usyk at Tottenham Hotspur Stadium on Saturday night could be his most difficult fight since he beat Wladimir Klitschko in an epic battle in April 2017. “Yeah, definitely,” Joshua said.

“It definitely ranks up there. The biggest threat he brings to me is probably the southpaw stance. He’s fought many men that are orthodox and he’s used to seeing guys like me throughout his whole career.

“I’ve only trained for him the last three months. But, during my training for a southpaw, I’ve actually learnt where my feet need to be positioned and how to control a southpaw. He’s had years of listening to these southpaws beating up orthodox fighters and I’ve got to reverse the trend and be an orthodox fighter who beats up a southpaw.”

Unlike Joshua, who lost his world heavyweight titles to Andy Ruiz Jr in a shocking stoppage at Madison Square Garden in June 2019, Usyk remains undefeated. Joshua regained his belts in the rematch six months later but memories of that solitary loss in eight years as a professional fighter continue to remind him that heavyweight boxing is always freighted with risk. He seems determined not to underestimate the 34-year-old Ukrainian even though this will be Usyk’s third fight as a heavyweight.

Usyk’s fight pedigree is unquestioned. Both men won Olympic gold medals at London 2012, with Usyk fighting a division below Joshua. Since then Usyk has compiled an 18-0 record and in 2018 he became one of boxing’s rare unified champions by winning all four belts in the cruiserweight division. He is skilful and relishes fighting in front of big crowds. Sixty thousand fans will be crammed into the stadium on Saturday night but Usyk has won his three biggest fights in hostile territory. Despite being much the bigger man, Joshua, 31, cannot rely just on his size and power against such a bold and assured technician.

He stressed again that he has taken special measures to prepare for his southpaw challenger. “I am training on the edge so I can put in a high-level performance. It’s not just about training to get fit. It’s about training to get better, putting yourself in a vulnerable situation and finding out who you are. When Eddie Hearn [his promoter] came up here he saw me spar and I was only allowed to use my left hand. I sparred 12 rounds just with my left hand, which is really challenging against a southpaw. The sparring partners are allowed to do whatever they want but I’m only allowed to use my left hand. So it was good, deep practice. It’s very engaging [training this way] because you can’t just use your brute strength and size.”

Hearn, who was listening to the conversation, joked: “Thank God you told me that. I wondered what you were doing. I drove home [from Joshua’s training camp in Sheffield] going: ‘Bloody hell.’”

After the laughter faded Joshua made a serious technical point. “It’s made me think about my positioning, my lead hand control. A lot of people, when they fight southpaws, don’t realise the importance of the jab. But the jab is so important.”

Joshua nodded when I asked if there was a testing psychological dimension to this fight because, despite their difference in size and heavyweight experience, Usyk will step into the ring believing he can win. “Definitely. As you said, physical advantage is one thing, but it doesn’t make the world’s tallest man heavyweight champion of the world. He’s coming into the ring confident. But so am I. You know boxing. You have to be aggressive and beat that confidence out of your opponent. He’s confident, his team are confident but I feel like it’s easy to watch me on YouTube. When you are in front of someone it’s a completely different ball game. On [Saturday] he’ll get to see what my spirit’s about, my lineage and where I’ve come from.

“He’s done well at heavyweight. The difference is that when Evander Holyfield came up from cruiserweight he had six fights at heavyweight before he fought for the championship. That was against Buster Douglas [who had just beaten Mike Tyson in 1990]. Usyk has fought two heavyweights. So he’s jumping in deeper here. He must believe in himself. It’s fair to swim deep, rather than tread water, because you can still get caught in a current and drown anyway. You might as well just jump in the deep end and try and survive. So good luck to him.

“Even though it’s not Tyson Fury, it’s still a great fight. I’m up against an opponent that makes me want to get up in the morning because I want to improve. There’s a lot of talk about size – good big guy beats good little guy. But if that’s the case, why am I waking up in the morning to train? Why am I sitting in ice baths? Why am I passionate about it? Because I’m fighting a good guy. Fighting the good fight. I’m looking forward to the challenge.”