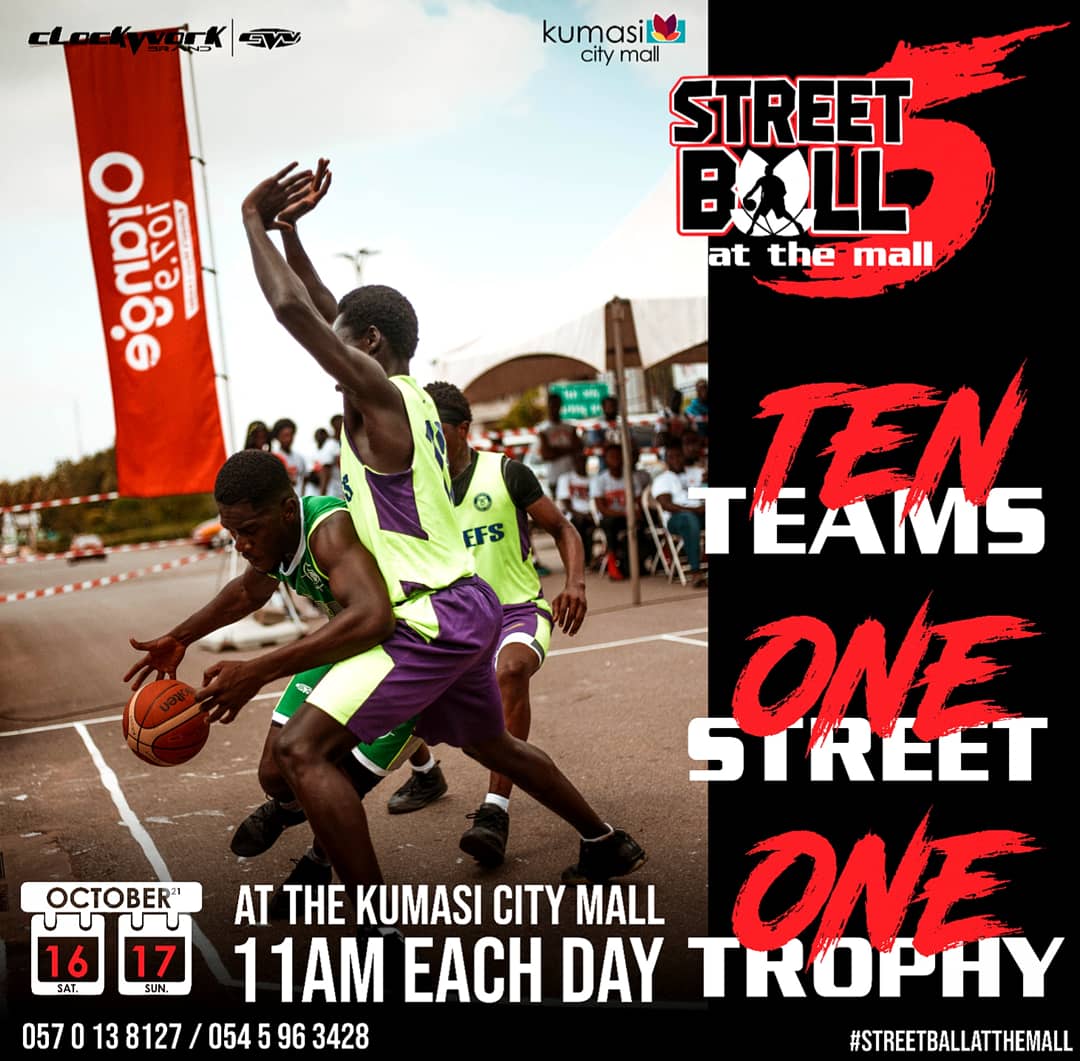 10 teams have registered to compete in the fifth edition of the StreetBall At The Mall Basketball Tournament.

This year’s edition is scheduled to roll out on October 16 and October 17 at the Kumasi City Mall in Ghana’s Ashanti regional capital, Kumasi.

Team slots were opened recently but got snapped up mere hours after with 10 teams quickly filling up the slots to compete in this year’s tournament.

Wildcats and SAS Fighters are the newbies in this year’s edition with the remaining teams returning after competing in the 2020 version.

ClockWork Brand are organising the 2021 StreetBall At The Mall as it has done in the past three years; ClockWork also organizes the Kumasi Basketball League.