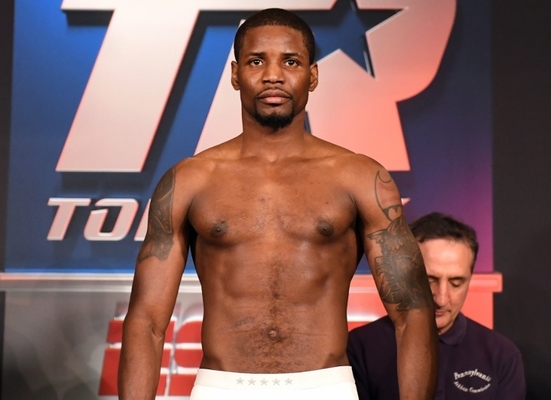 Ghana’s onetime welterweight contender Frederick Lawson is building his way quietly to the highest hierarchy in the sport’s most lucrative welterweight division as he clashes with American Charles Hatley this Thursday 30, September 2021 at the Anatole Hotel, Dallas, Texas, USA.

Sanctioned by the Texas Combative Sports programme, the Ghanaian is preparing to relaunch his career after some few setbacks which has already been nipped in the bud. And against tough customer Charles “The Future” Hatley (29-2-1), a pro boxer out of Frisco, Texas, United States, the stage is set for the boxing gods.

The American Hatley’s last defeat was against the ‘twin’ Jermell Charlo when he attempted the World Boxing Council World Super-Welter title but ended in a TKO defeat.

Lawson figures to be as game-ready than ever when your most authoritative platform Boxing Ghana (boxinghana.com) contacted him this morning as he prepares to make the journey to Texas.

He came back to win the vacant World Boxing Council United States (USNBC) Super-Welter title against Dedrick Bell in 2008 after his first attempt with Lanardo Tyner ended in his first career defeat via a TKO.

With his current age at 35, the veteran still possesses the anger and thirst for victory. His last fight was against Mexican Jose Guadalupe Rosales whom he decisioned over a year ago.

Frederick Lawson’s biggest setback was his defeat to Juan Ruiz but the skillful Ghanaian pugilist has moved on from that upset with a unanimous decision victory over Carlos Winston Velasquez in 2019.

The former sparring partner of Manny Pacquiao is perhaps about to face his biggest test in his (28-2, 21 KO’s) after his almost two years absence from the sports when he mounts the ring against another experienced boxer in Charles Hatley.

In a nutshell, this matchup is any body’s game to win or lose and the most hungrier of the two may carry the day.