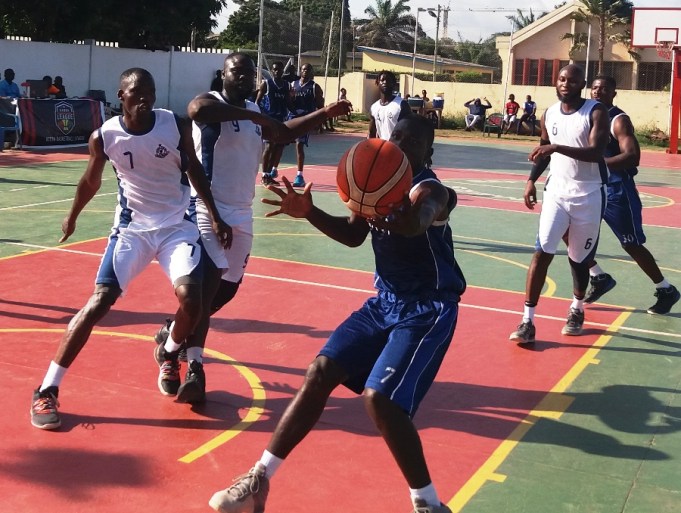 The game was played out at the Prisons Court in Cantonments in Accra and had Warriors end the first half leading 27-20. It was the first of three league games honoured at the venue.

Police trailed 20-27 at half time but tied the game after 3:25 minutes in the third quarter. Elvis Pobi-Siaw drained a three pointer and Derrick Tagoe added scored a layup on a fast break to give Police a 29-27 lead.

Police Richard Afedi tied the game at 37 with Police’s first possession in the final quarter. Navy Bediako responded by scoring eight straight points to give Navy a 45-39 lead with six minutes remaining. Khalid Abdela and Benjamin Omari scored for Police as Oklu and Edem Elliot scored for Navy.

Hussein Abdul-Salim scored one of two free throws to put Navy up 51-48 with 19 seconds left. Arthur did same to ice the game.