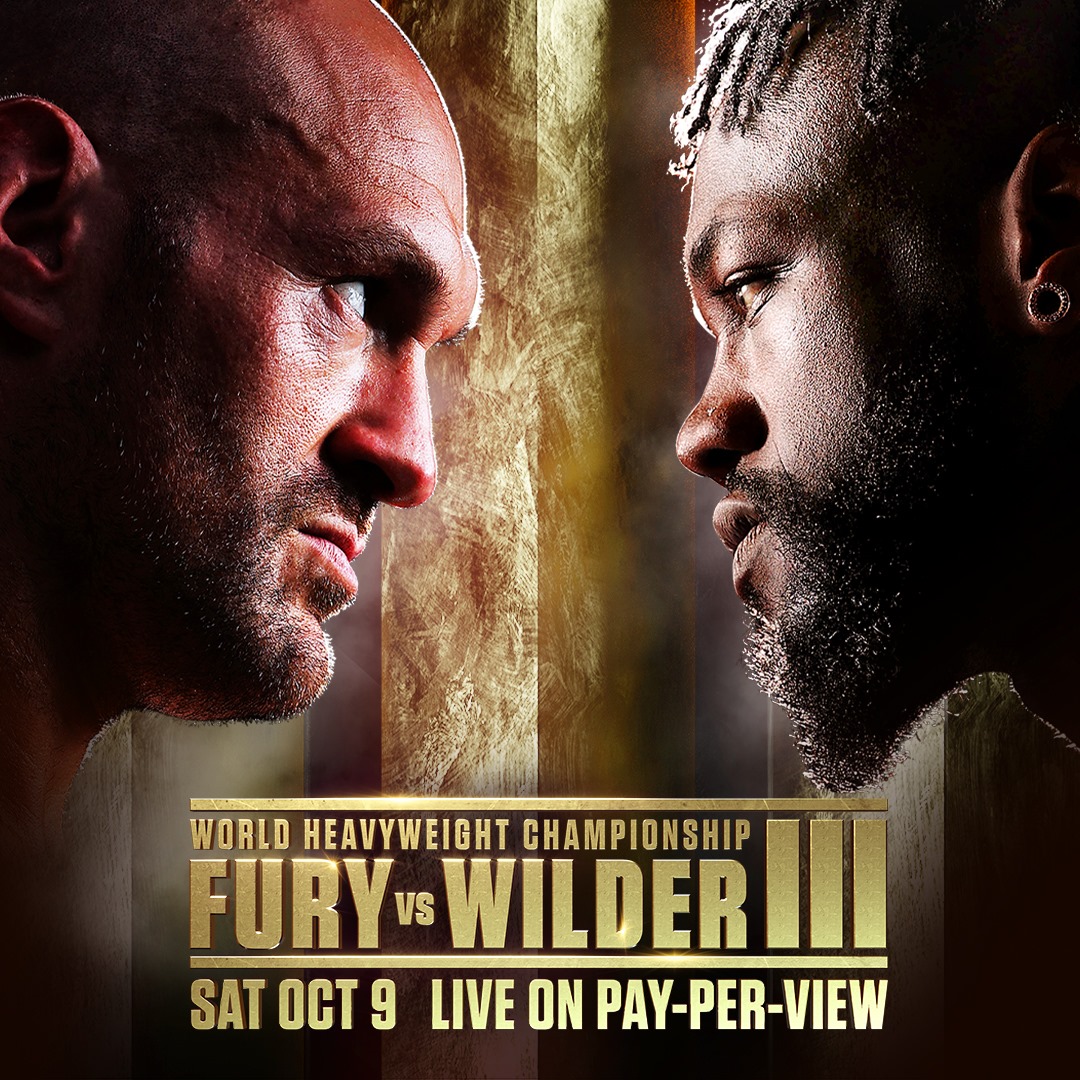 Tyson Fury and Deontay Wilder will settle the score once and for all when they meet on Sunday, October 9 at the T-Mobile Arena in Las Vegas for Fury’s WBC and lineal heavyweight titles.

The third fight in the trilogy was originally set for July 24, but Fury tested positive for COVID and the fight was rescheduled for the new date in October.

Fury (30-0-1, 21 KOs) enters third fight coming off of an impressive seventh-round TKO of Wilder (42-1-1, 41 KOs) last February in a highly anticipated heavyweight clash. Fury dominated the fight from start to finish as he handed Wilder the first loss of his professional career in dominant fashion.

“I wanted nothing more than to smash the ‘Big Dosser’ on July 24, but I guess the beating will have to wait,” Fury said.

“Make no mistake, I will be back and better than ever. We will fight Oct. 9, and I will knock him spark out!”

With Wilder behind in the series at 0-1-1, he’ll get an opportunity to tie things up should he emerge victorious.

“This is what we went to arbitration for,” said Shelly Finkel, Wilder’s manager. “He just wanted what was owed to him. He remains ready to reclaim his world title on Oct. 9.’’

When is Tyson Fury vs. Deontay Wilder 3?

Tyson Fury vs. Deontay Wilder 3 will take place Sunday, October 10, with coverage beginning with a preshow at 1 am AEDT followed by the undercard at 1:30am. The pay-per-view main card is set to begin at 3am GMT. Expect Fury and Wilder to make their ring walks for the main event between 4am to 5am.

How to watch, live stream Fury vs. Wilder

The Fury vs. Wilder 3 main card is a Main Event pay-per-view. price: How much does the card cost in Australi?

The Tyson Fury vs. Deontay Wilder 3 fight costs $59.95 on pay-per-view through Main Event.

Where is Fury vs. Wilder 3 taking place?

Fury vs. Wilder 3 will take place at the T-Mobile Arena in Las Vegas. Wilder returns to the “Fight Capital of the World” for the sixth time. The rematch will be Fury’s fourth consecutive fight in the gambling Mecca.

Palmerbet has Fury as a significant favourite at $1.33. Wilder opened up as an underdog for the first time in his professional boxing career at $3.40. A draw, as was the result when the pair first met, is paying $23.