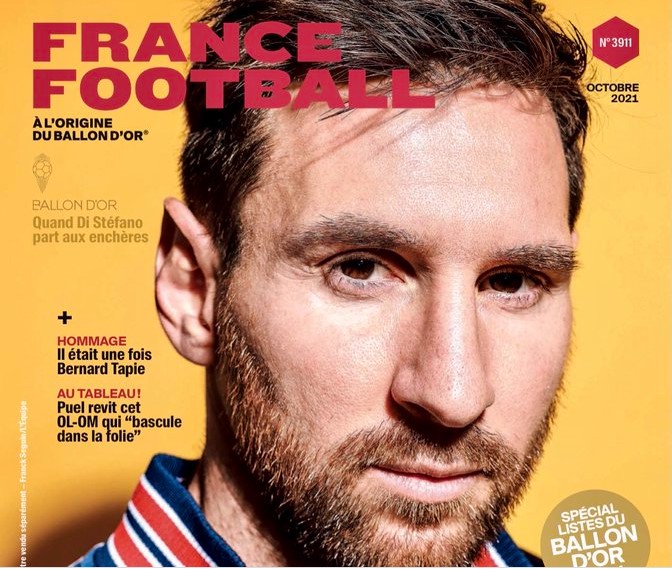 In an expected turn of events, France Football just featured Leo Messi on their latest cover with an interview that’s coming out tomorrow. There is an interesting behind-the-scenes story of how his life has been since joining PSG. One of the most interesting aspects of the interview is a tidbit where he is questioned about his decision to leave FC Barcelona. In recent weeks, there have been reports of Messi’s alleged sadness over leaving his life-long club.

Some sources insist he was extremely sad for going to a new place and even Luis Suarez stated Messi trusted he would finish his career in Spain. But Leo wanted to come out and confirm he stands by his decision to play in Ligue 1. All it’s quoted from him is the following sentence:

“I did not make a mistake by signing for PSG.” But that’s only the tip of the iceberg from this interview we will get to read tomorrow. Messi has gone through several interesting moments since he arrived in Paris and he has a lot to say.

Messi’s road to his first goal for PSG.

Contrary to other stars such as Cristiano Ronaldo, Messi took a little longer to adapt to his new club. Initially, he struggled to find his pacing inside the pitch and suffered a minor knock on his knee. His first match was only a few minutes that didn’t showcase what he is truly capable of doing. But he knew that he needed to get ready for an eventual match against Pep Guardiola’s Manchester City. Throughout that entire game, Messi proved he was only getting his engine ready for the big shows.

The main debate about this France Football cover is directly related to whether he deserves the Ballon d’Or this year or not. His direct competition will be Chelsea’s Jorginho and Bayern Munich’s Robert Lewandowski. We are getting the full list of nominees on Friday and Messi will certainly be at the forefront of the contest.

Winning the Copa America and leading all the stats should be more than enough for him to win the award. But he will always have his detractors who don’t want him to lift the seventh Ballon d’Or of his career.