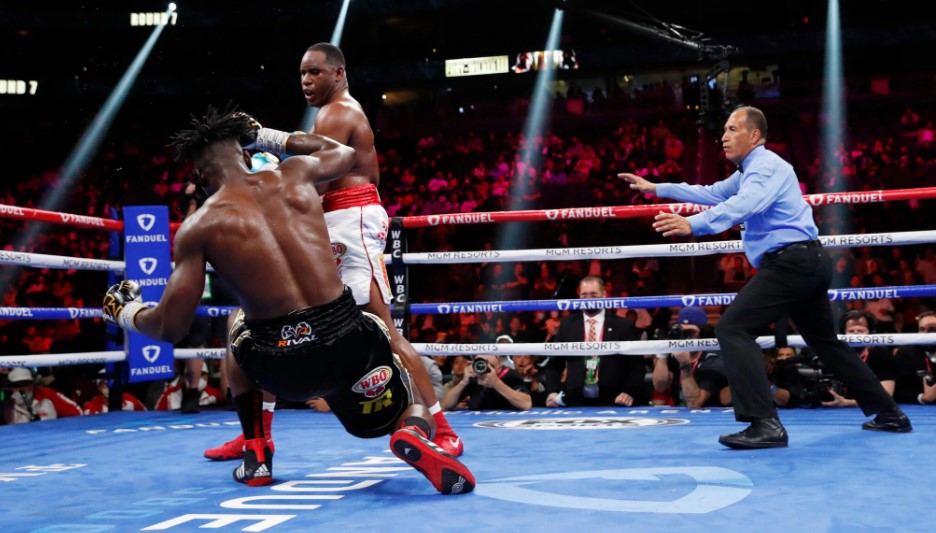 The two men took defensive approaches and did not throw many punches through the early part of the fight. But near the end of the seventh round, Sanchez landed a clean shot and knocked Ajagba down in the center of the ring. It brought the crowd that earlier booed the inaction to its feet.

In the co-main event of Fury-Wilder 3, a battle between two unbeaten heavyweights, Frank Sanchez (19-0, 13 KOs) scored one knockdown on his way to a comfortable, 10-round unanimous decision win over Efe Ajagba.

Sanchez used his superior boxing skills to keep the hard-hitting Ajagba (15-1, 12 KOs) off-balance for the entire fight. The “Cuban Flash” displayed his power as well, flooring Ajagba with a hard right in the seventh. A follow-up left hook which landed a tick after Ajagba’s knee hit the canvas

Ajagba made it to his feet and survived the round but never seriously threatened on his way to the first defeat of his career.

Sanchez said, “I knew I was going to win all the rounds because I’m much better than him technically. I knew that if I connected, he would fall and he did fall. My game plan was always to frustrate him and go in for the attack.”