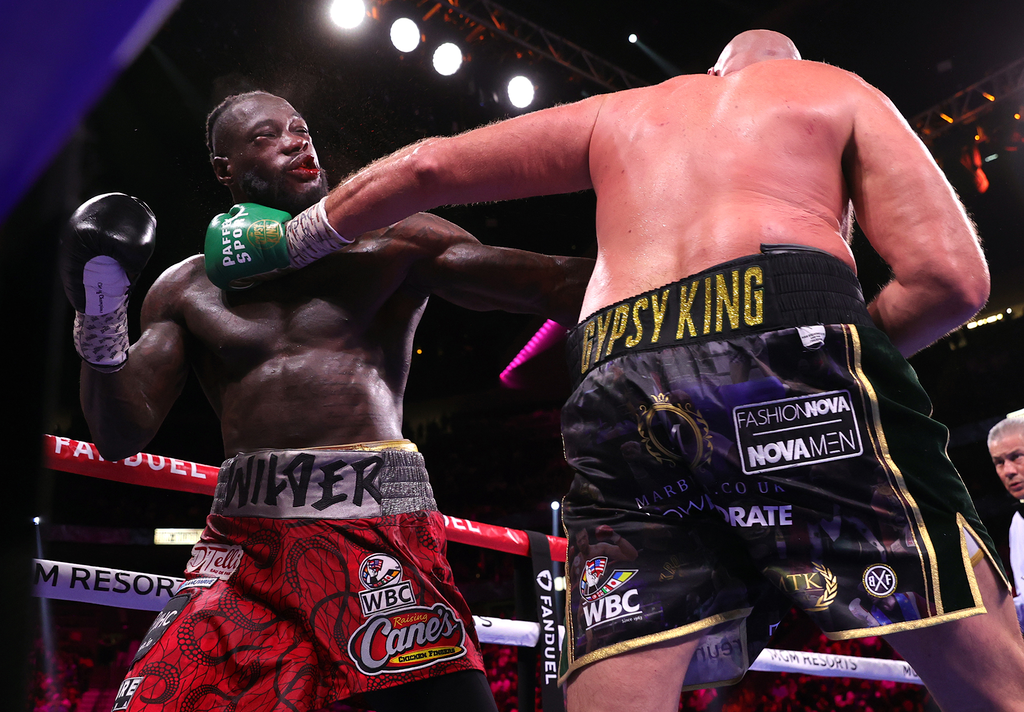 Deontay Wilder has been given a six-month medical suspension after being knocked out by heavyweight champion Tyson Fury in their trilogy fight in Las Vegas on Saturday night.

Fury defeated Wilder with an 11th-round knockout, coming back from two knockdowns in one of the most entertaining of heavyweight fights.

Wilder sustained numerous injuries during the fight, leading the Nevada State Athletic Commission to ban him from fighting again until at least April 8 and ruling out the former champion for six months.

Wilder bled from his nose, ear and mouth as he sat in his corner at the end of the eighth round but was deemed fit to continue, The DailyStar reports. There is a chance he could be cleared to fight earlier if a doctor gives him the all-clear beforehand.

It is unclear when Wilder broke his hand on Saturday night, where he also suffered damage to both his finger and knuckle, but he was taken to the hospital straight after the fight for scans on his head and hands.

“Deontay broke his right hand behind the third knuckle and he has to have that fixed next week,” Shelly Finkel, Wilder’s co-manager, said when speaking to The Sun. “He has to have surgery, the knuckle is OK, it’s the bone behind the knuckle that broke. He’s sore but he was OK, he was home yesterday.”

Tyson Fury, of England, gets up after he was knocked down by Deontay Wilder in a heavyweight championship boxing match Saturday, Oct. 9, 2021, in Las Vegas.  (AP Photo/Chase Stevens)

Finkel said he is currently “healing and at this point, if everything is OK, after the hand surgery he’ll probably look to enter the ring mid next year, like April or May.”

Fury is reported to have also been given a 45-day suspension due to the ruthless nature of the fight.