Kevin Durant on Kyrie Irving: 'Still Positive That Things Will Work Out' 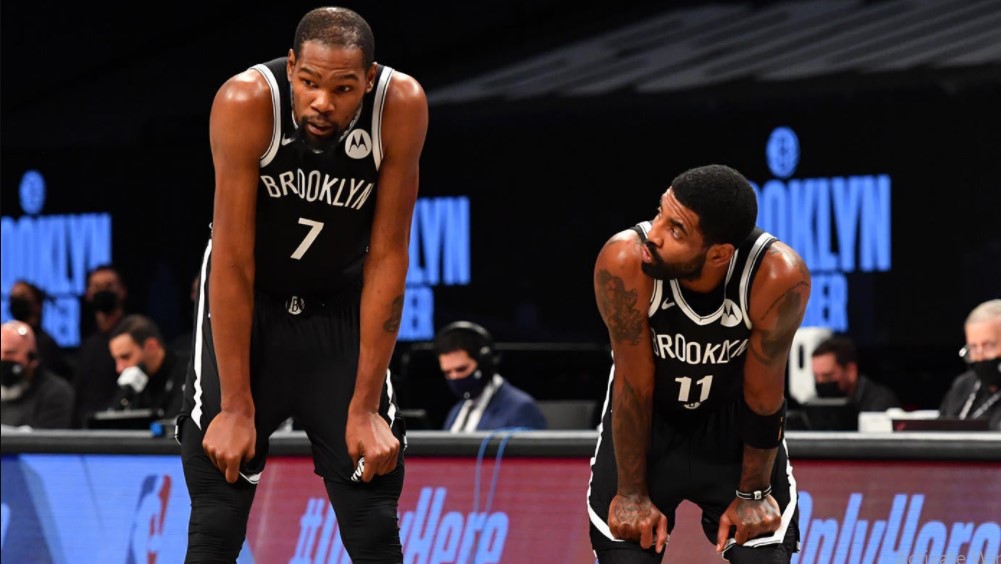 As the start of the NBA season nears, Nets forward Kevin Durant remains hopeful that teammate Kyrie Irving’s stalemate with Brooklyn would be resolved.

“It’s on me to focus on me and do my job and let those two parties handle that situation,” Durant said after Thursday’s preseason victory over the Timberwolves. “I want our whole team together; I want us at full strength, but sometimes it don’t work out that way, but I’m still positive that things will work out best for both parties.”

Following general manager Sean Marks’s decision that Irving’s noncompliance with New York City’s COVID-19 vaccination mandate would make him ineligible to play or practice with the Nets, Durant told reporters that he hasn’t spoken to the seven-time All-Star guard.

Nevertheless, Durant remains optimistic about his teammate’s future with the Nets.

“I definitely want Kyrie to be around; I wish none of this stuff would happen, but this is the situation that we are in,” Durant said. “Kyrie made his decision on what he wanted to do and he chose to do what he wanted to do, and the team did the same.”

Irving, who took to Instagram Live on Wednesday to elaborate on his position, said he would continue to maintain his fitness until he regained eligibility.

“This is not a political thing; this is not about the NBA, not about any organization,” Irving said. “This is about my life and what I am choosing to do.”

Durant, who acknowledged that “you’re not going to change [Irving’s] mind,” also reiterated that he wasn’t angry at his teammate.

“When Irving is ready, I’m sure he’ll talk with [Nets owner] Joe [Tsai] and Sean and they’ll figure it out and tell us,” Durant said. “Until then, we’ll keep grinding.”