76ers suspend and kick Ben Simmons out of practice, will miss season opener 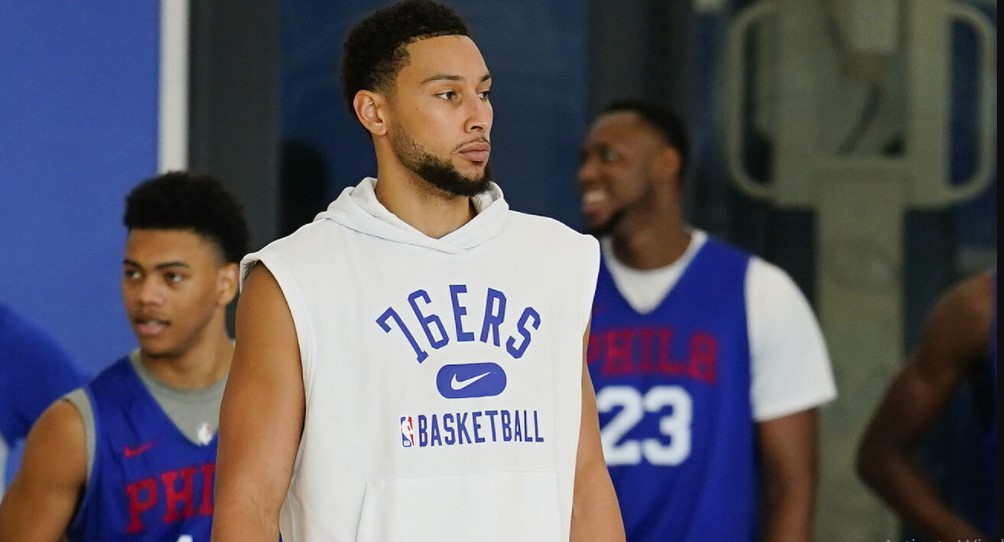 Ben Simmons’ return to the Philadelphia 76ers hasn’t gone super smoothly. The Sixers suspended Simmons for one game for conduct deferential to the team. As a result of the suspension, Simmons will miss Philadelphia’s season opener against the Pelicans in New Orleans on Wednesday night. Sixers coach Doc Rivers threw Simmons out of practice on Tuesday for being disengaged, and the suspension was handed out shortly thereafter.

“I thought he was a distraction today. I didn’t think he wanted to do what everyone else was doing,” Rivers told reporters after practice. “At the end of the day, as a coach, I had to protect the team. The team [comes] first, and then we get to the other part. So today, I thought it was more important to focus on the team.

“There’s no reality. This is sports.”

When asked if Simmons wants to be with the team, Rivers said: “Today, not, obviously — we told him to go home. But hopefully, at some point, yeah.”

The suspension is the latest in a long line of back-and-forth events that have transpired between Simmons and the Sixers since Philadelphia was upset by the Atlanta Hawks in the second round of the playoffs in June. Simmons requested a trade from the team over the offseason, and said that he wouldn’t ever play for the Sixers again. However, he ultimately rejoined the team earlier this month after the team fined him for missing preseason games. Since his return though, Simmons has reportedly been “going through the motions,” and Rivers apparently had enough on Tuesday.

Sixers big man Joel Embiid told reporters after practice that he has yet to speak to Simmons about his status on the team.

“We don’t get paid to come out here and try to babysit somebody,” Embiid said. “That’s not our job, and I’m sure our teammates feel that way.”