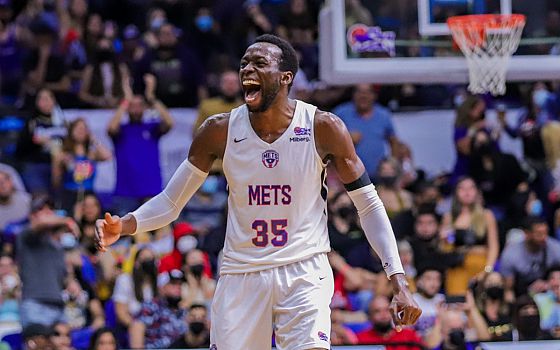 Brimah was in impressive form in Mets 84-66 win over Vaqueros Bayamon in the best of three game series that has Guaynabo leading 3-1 heading to Game 5 on Tuesday, November 2.

Greenberg lauded the former University of Connecticut defender for his eight point, 16 rebound, one block performance 37:42 minutes as a starter. Brimah produced 11 points, 14 rebounds and five blocks in Game 4.

“He has gotten more comfortable and has had a bigger impact on the game. I have to give him the credit because I was doubtful at first if I should give him more opportunity. He has proven that he can impact the game if I put him out there. He runs the court very well, he is very good going to the offensive rebounds, he helps with penetration” Greenberg stated.