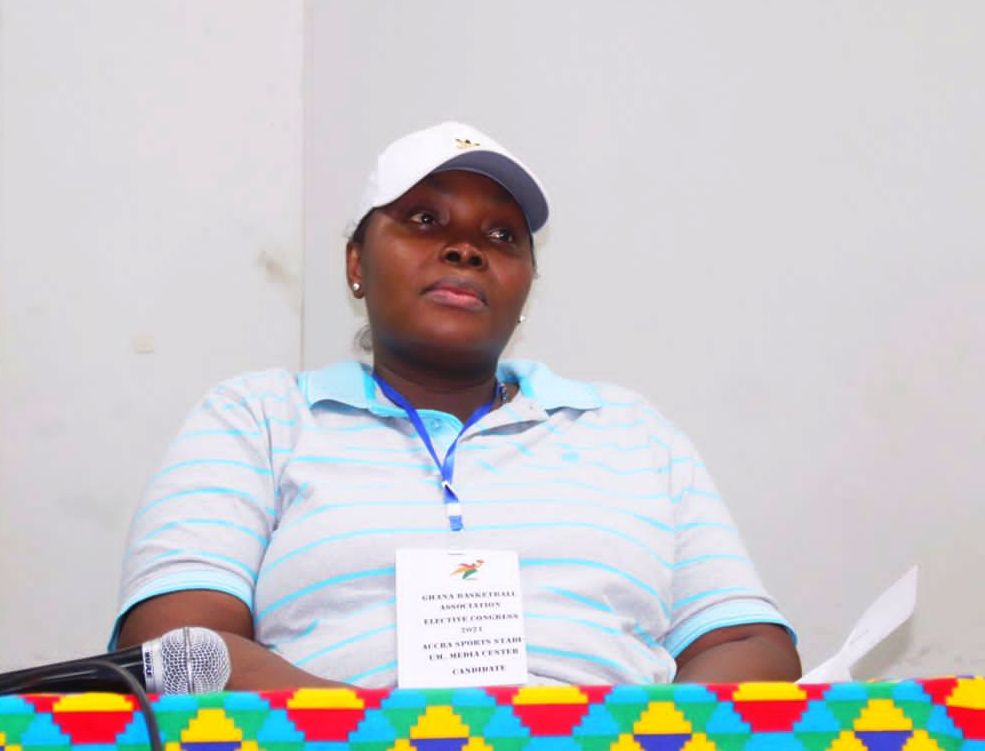 She said this in an interview with Basketballghana.com after winning the position of Treasurer at the 2021 GBBA Congress held this past weekend at the Accra Sports Stadium Media Centre.

The new executives being sworn into office

Commodore-Toppar was able to secure enough votes to earn a place in the male dominated administration. She campaigned on the ticket of eventual President elect Ato Van-Ess.

“My focus would not just be on the treasury. I pray going forward at least for this position if it’s just going to be left for women to contest for it I think it would be the best way to allow more ladies or women to come on board sports…I will use my position to reach out to more ladies” she said and thanked New GBBA President Van-Ess for bringing her on his team.

Commodore-Toppar added she was honoured to get voted into office for the four year tenured administrative role.

She is a member of the Elite Club that is made up of former University of Ghana Women’s Basketball players.