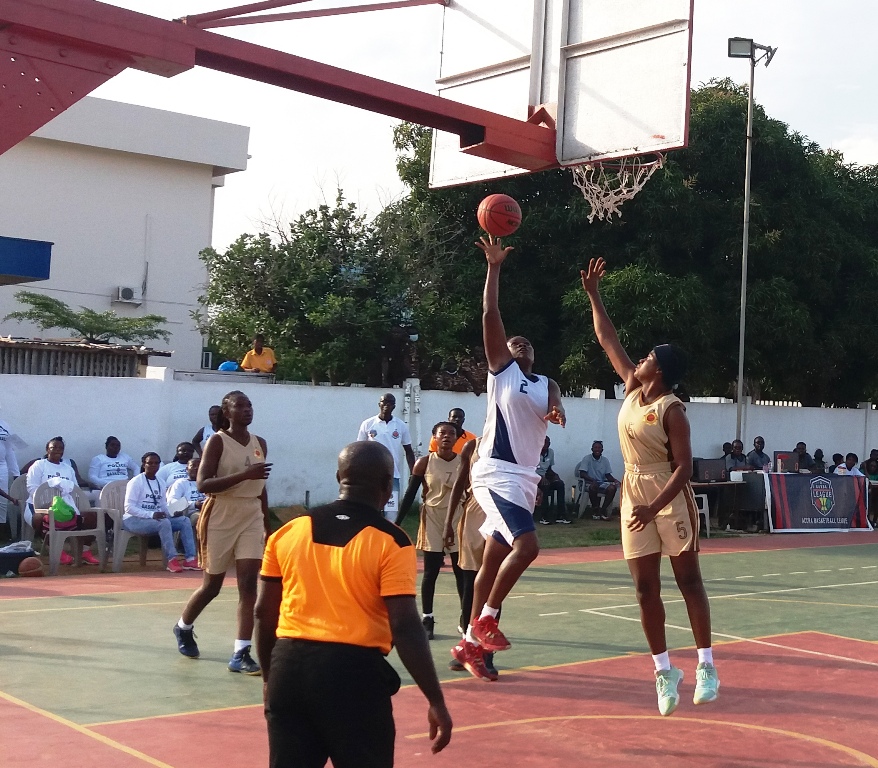 Reformer lost 39-47 to Police in Game 2 after running off with a 68-56 win in Game One; Police played with more determination and verve than it did in Game One en route to the important win that sets up the series for what is sure to be a titanic Game 3 on Saturday, November 13 at the Prisons Court.

Police held a 24-20 first half lead and capitalized on Reformers poor shooting outside the painted area especially in the third quarter to stretch the lead and book the win.

Georgina Ntow scored three points off free throws to open the second half and scored a layup off an inbound pass from Mavis Martey. Ezequeen Dadzie got for Prisons first points on the board off a short jumper.

Balkisu Sadat gave Police a 31-22 lead with 5:06 minutes remaining by going coast to coast to score after gathering a defensive rebound. Christabel Edem grabbed an offensive rebound and scored to end Prisons drought.

Martey buried a three pointer; Ntow kept a loose ball alive and Balkisu rewarded her hustle by scoring a layup to give Police a 40-26 third quarter lead.

Dadzie posted up Zenabu Mohammed and scored off a spin in a highlight play for Prisons. Reformers decision to shoot the ball rather than drive to the basket proved an ill fated one as the team missed a handful of shots heading to the final quarter.

Police got a point from the free throw line and Dadzie scored twice off post ups in response early in the fourth quarter. After three minutes played, Police led 41-30. Prisons went on a 7-0 run to close the deficit to four points (37-41) with Dadzie scoring three points and Edem adding four more.

Dadzie made two key blocks during this run. Ntow’s buried free throws put Police up by six points and extended the lead by scoring a tough layup.