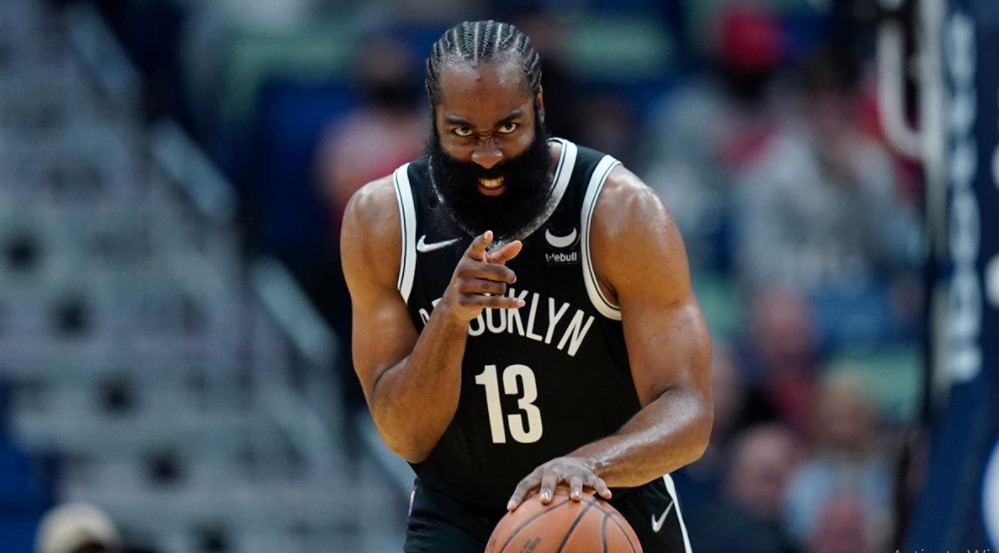 With James Harden and Kevin Durant both hitting clutch shots, the Brooklyn Nets were able to get away with blowing a 21-point second-half lead on the road.

Harden highlighted a 39-point, 12-assist performance with a game-sealing 27-foot 3-pointer with 29 seconds left, and the Nets rallied for a 120-112 victory over the reeling New Orleans Pelicans on Friday night (Saturday, Manila time).

“He was aggressive all night, getting downhill, getting to the free throw line,” Durant said of Harden, who hit 11 of 18 shots and scored 11 points on free throws. “James did a great job tonight of just controlling the game.”

Durant scored six of his 28 points in the last 3:11 for the Nets, who’ve won seven of their last eight. Brooklyn’s Joe Harris scored 24 after opening his night by hitting his first seven shots, including six from 3, to help hand the Pelicans their ninth straight loss.

Jonas Valanciunas, who had 20 points and 12 rebounds, gave the Pelicans a 104-101 lead with a putback dunk with 4:36 to go. At that point, New Orleans was on a 16-4 run that had the crowd on its feet, but Brooklyn’s Bruce Brown tied it with a corner 3 as the shot clock expired on a possession that seemed to turn momentum back to the Nets.

“Bruce hit a huge shot that kind of set the tone for us to finish,” Durant said. “That’s pretty much what they wanted him to take was that corner 3, but he’s been working on that.”

Durant added an 11-foot turnaround and a 3, and Harris hit a floater off the glass before Harden’s decisive, straight-on 3 put it away.

“We were able to take that nice little haymaker and keep pushing,” Durant said. “I think they found something that was working more so than us just playing down to their record.”

The Nets led 90-69 on Durant’s 3 in the middle of the third quarter, but the Pelicans went on a 9-0 run shortly after that included 3s by Garrett Temple and Devonte’ Graham, pulling New Orleans to 93-81 and setting up a compelling fourth quarter.

Temple scored a season-high 17 points for New Orleans, while Nickeil Alexander-Walker added 16 points and Graham had 14.

“It’s just tough, man, coming up short like we are,” said first-year coach Willie Green, whose team has dropped to 1-12 while waiting for star forward Zion Williamson to come back from offseason foot surgery. “As much as I am proud of our guys, I’m disappointed in the fact that we lost.

“Our margin for error is really small, so we have to take care of the ball and get quality shots every time down the floor,” Green said. “Tonight we competed — most games we compete — but we can’t wait until we get down 20.”

Temple picked up the slack with 14 first-half points including three 3-pointers, and Graham’s 3 pulled New Orleans to 64-59 late in the second quarter.

Harden’s free throws made it 66-59 at halftime.

While Williamson has yet to play, Brandon Ingram also missed his seventh straight game with a bruised hip after being listed as questionable until shortly before tip-off.

“He’s still feeling better and better,” Green said, noting that Ingram went through a full shootaround and did some 1-on-1 work. “It’s promising.”

“We keep saying we’ve got 50 points on the bench,” Temple said. “No matter who’s out there on the court, we have talent and if we play the right way, we can win games. … It would be different, again, if we were losing every game by 25 or 30, but that’s only happened once.”

Nets: Visit Oklahoma City on Sunday to wrap up a six-game road trip.