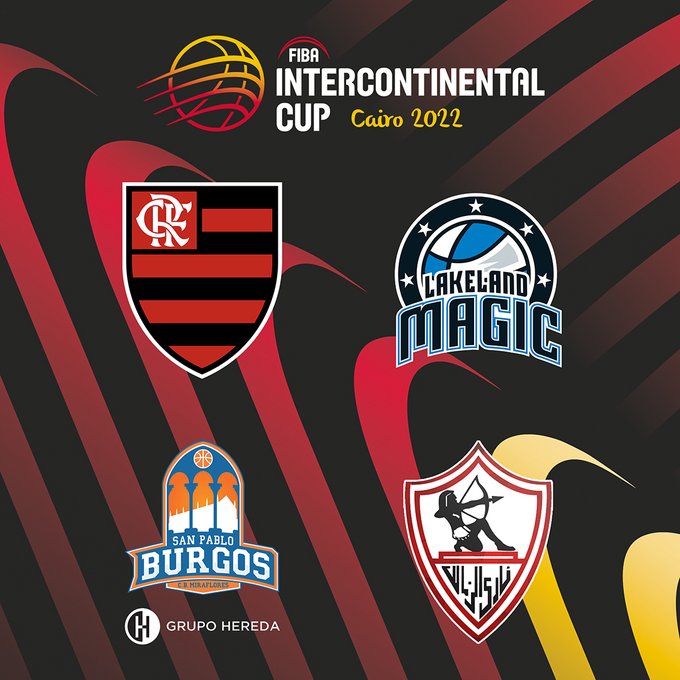 The next edition of the FIBA Intercontinental Cup is set to mark a landmark in the history of the competition which started 56 years ago, as it will be held in February 2022 in Cairo, Egypt, taking place in an African country for the first time.

The event is poised to further enhance its unique transatlantic status by also becoming the first club competition in basketball history to feature contenders that will be representing four different regional leagues.

Zamalek SC of Cairo, fresh off being crowned champions of the inaugural Basketball Africa League campaign, will reach another milestone by becoming the first African club to compete in the FIBA Intercontinental Cup.

Brazil’s Flamengo were crowned Basketball Champions League Americas 2020-21 champions and will be returning to the Intercontinental Cup after three years, when they reached the Final at home in Rio de Janeiro but lost to AEK Athens.

Lakeland Magic, the Orlando Magic affiliate that clinched the NBA G League title in 2020-21, will be making their first appearance in the intercontinental contest, picking the baton from fellow G League clubs Austin Spurs and Rio Grande Valley Vipers.

“We are very excited and looking forward to this truly historical moment, when the FIBA Intercontinental Cup will finally take place in Africa and will feature an African club,” commented FIBA Secretary General Andreas Zagklis.

“The 2022 event will mark a turning point for the competition and it’s another important step towards fulfilling FIBA’s strategic objective of shaping the landscape of international club competitions,” Mr. Zagklis added.

“Organizing this competition is a new step towards proving our ability to once again host global events, as we hosted the FIBA U19 World Cup in 2017 and many other international tournaments. We are looking forward to meeting our friends in Cairo and witnessing an historic event together.”

The 2022 edition also marks a return to the four-team format that was successfully reinstated in 2019. In 2021 the FIBA Intercontinental Cup was played in a single-game Final, as FIBA adapted the format due to the pandemic. The Final was held in Buenos Aires and Burgos defeated Argentina’s Quimsa 82-73 to lift the trophy.

Real Madrid are the most successful club in competition history, having won the title on five occasions, the most recent one being their 2015 success over Brazil’s Bauru, in Sao Paulo.

The draw of the FIBA Intercontinental Cup 2022 will take place early next year.