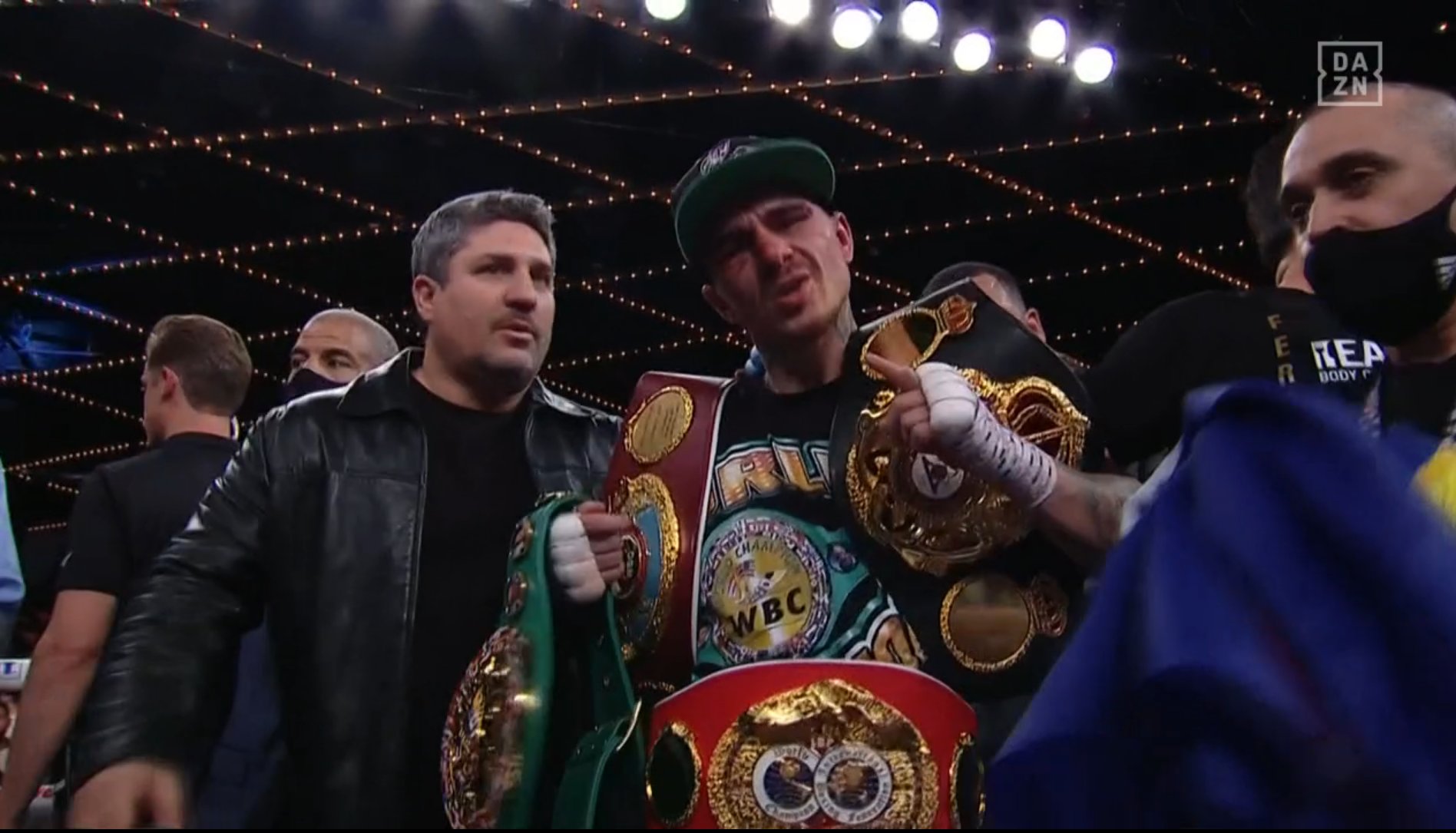 On behalf of the Ghana Boxing Authority(GBA) and the boxing fraternity in Ghana, we will like to congratulate you Peter Kahn, GBA Executive Board Member in charge of International Relations for the sweet victory of your boxer, George (Ferocious) Kambosos over fight favourite, Teofimo (The takeover) Lopez in their decisive lightweight unification (WBA, IBF, WBO) championship bout on Saturday November 27, in the Hulu Theater at Madison Square Garden.

The victory of Kambosos Jnr over Lopez will go down the annals of boxing in the world as one of the biggest upsets. Both boxers gave off their best in an uncompromising fight and the best man won.

It’s imperative as the Manager/Agent of the Australian boxer (George Kambosos Jnr) to commend your efforts for such a monumental achievement. As an emerging boxing mogul in the world, we can only expect more from you.

We believe this success of a boxer from your stable clearly reposition you as a great personality in the boxing industry with so much to offer and bring back the joy and excitements in boxing.

Ghana Boxing Authority(GBA) can only wish and pray that very soon our boxer, Emmanuel (Game Boy) Tagoe who is in your camp will also have his turn to showcase his boxing prowess to the world.

Kindly extend our congratulatory message to our new lightweight unified champion of the world, George Kambosos, the family and his team for the yeoman’s job done.

Peter Kahn, you are the best!!