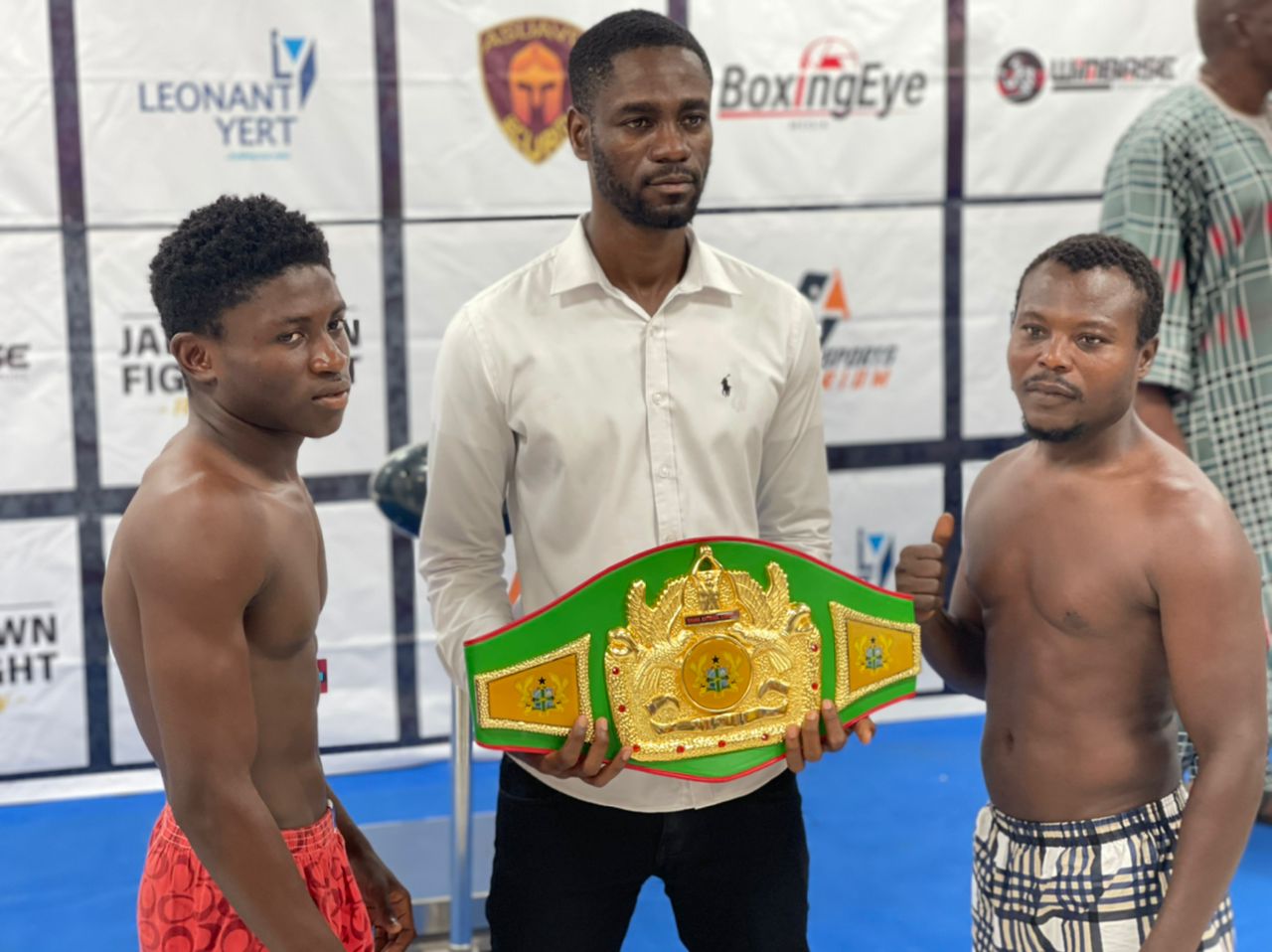 The stage has been set for the first winner of the new Ghana national flyweight belt to emerge in Accra on Saturday night after undefeated rising star, Mohammed Aryeetey and opponent, Isaac Korley Quaye both made the required límit at the weigh-in Friday morning.

Young Aryeetey (5-0, 4 KOs) tilted the scales at 110 lbs whilst vastly experienced Quaye (31-18-1, 22 KOs) came in at 122 lbs ahead of their clash on the Winbase Promotions event at the Ga-Mashie Hall of the Bukom Boxing Arena in the Ghana capital.

Aryeetey who turned professional only on Christmas Eve last year, has had a stellar 2021, winning all four fights thus far and has been nominated for the prestigious Sports Writers Association of Ghana (SWAG) Awards 2021 but must first see off the challenge of a man who made his pro debut way back in 2003 when Aryeetey was only a toddler.

Also fighting for a new national title is Isaac Aryeetey (1-1, 1 KO) who weighed 108 lbs for the Ghana light flyweight championship against Joseph Akai Nettey (2-0, 2 KOs) who made 107 lbs.

A heavyweight blockbuster expected to rock the Ga-Mashie Hall is the 12-rounder for the new Ghana title featuring Haruna Osmanu (276 lbs) up against vastly disadvantaged Aduku Nsor (212 lbs).

In other fights, Prince Tetteh weighed 165 lbs for a light heavyweight clash billed for 8 rounds against Issah Inusah who came in much heavier at 174.5 lbs, Samuel Late Lartey made 160 lbs whilst opponent, Ebenezer Sowah made 153 lbs for their super welterweight 6-rounder and John Quaye tilted the scales at 136 lbs for a super featherweight 8-rounder against Issifu Yusif Seidu who weighed 135.

Two heavyweight match-ups conclude the fight line-up of the Winbase Promotions show dubbed ‘James Town Fight Night – Road to Glory 2’ as Emile Kalekudzi came in at 226 lbs versus Jedrack Doku at 221 as well as Mohammed Ali making 181 against Felix Mankattah’s 182.

Meanwhile, a 3-round exhibition bout between Kenneth P. Agyekum and Habeeb G. Kehinda gets the action underway at the Bukom Boxing Arena Saturday evening, 4th December, 2021.