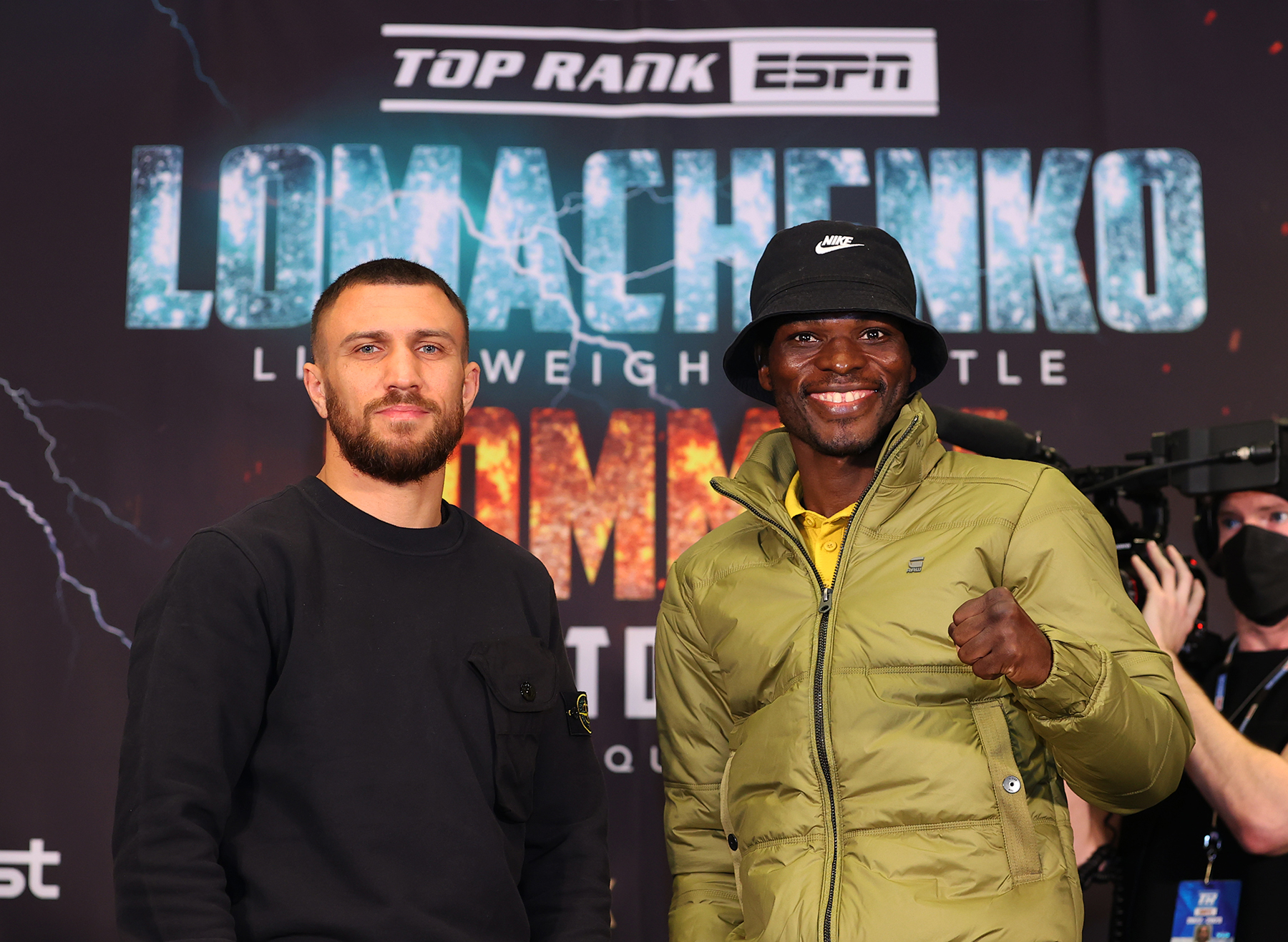 “Madison Square Garden is a special place for me because during my professional career I had a lot of memorable fights here. It is the Mecca of Boxing. Thank you, Commey, you are a strong fighter. I think we are giving a very interesting fight to the fans. As I said before, he has big power and reach and has experience and a big heart.”

“I’m very excited because this is the next step of my boxing career, and it will be very interesting for the fans.”

“I’m feeling good. I’m very excited. This is my second time coming here. The last time didn’t work out well for me {against Teofimo Lopez}, so I have the opportunity to right the wrong.”

“I’ve got all of my country {Ghana} behind me. I’ve got all of the little children back home who want to be where I am, and I know it’s not an easy fight, but I’m coming. Losing is part of boxing, so regardless of how you lose, it’s all about coming back. So whatever happened with the Teofimo Lopez fight, it is what it is and I took it as a man. I knew I needed to come back and I came back very strong, and that is the reason why Loma chose me, and Saturday we are going to see what happens.”

“I’ll be honest, he let a cruiserweight stop him, so that says it all. I had a pretty tough camp emotionally, but we came physically. We’re now mentally prepared, thanks to my team. They mean a lot to me. They’re behind me.”

“I know I’m the underdog, but I don’t care what people say.”

“This is such a humbling experience and it’s been an honor. It’s been a whirlwind these last couple of months, and to be among these great fighters… all these fighters I’ve watched before in the past. Being on the undercard of Lomachenko is amazing.”

“I have to close out the year strong and put on a show here at Madison Square Garden.”

“I’ve been having a lot of fun here in New York. It means a lot to me. it means a lot to the Puerto Rican fans. My team came off a great victory two weeks ago {with George Kambosos Jr.} here at Madison Square Garden, so I want to keep that momentum going, I’m ready to put on a show Saturday night, and now it’s laser focus.”

“I’m signed with Top Rank, the {Olympics} are over, and I feel like there is really no more pressure. It’s all business at this point. I believe in myself. I know I can fight. I’m going to go in there like I’ve been doing this entire year. We’re just going to keep this train going.”

“This means a lot to me. It’s like a dream come true with me and my brother on the same card.”