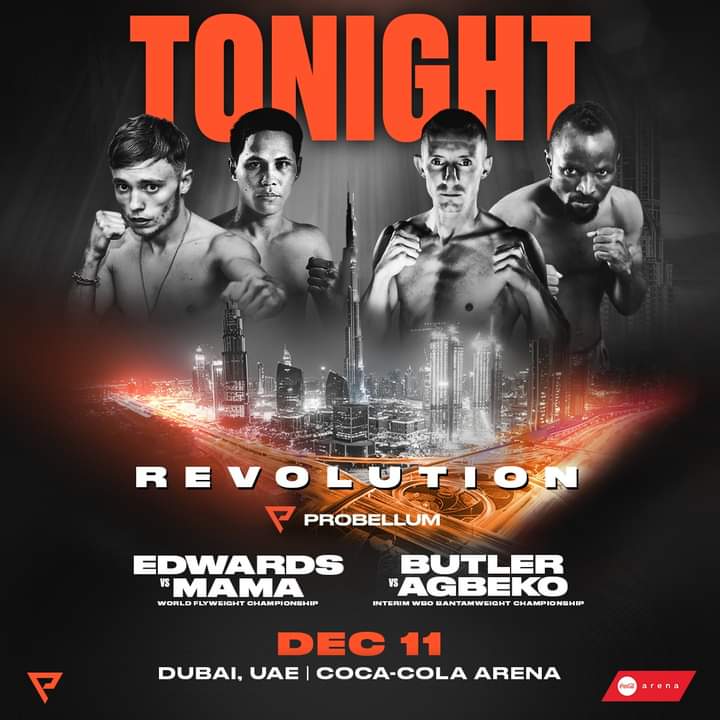 Paul Butler has gone from title challenger to interim title hopeful to non-participant all in the span of the last 24 hours.

Plans to stage a WBO interim bantamweight title fight between Butler and late replacement Joseph Agbeko were thwarted at the eleventh hour, event promoter Probellum announced Saturday morning. The bout was due to take place as part of Saturday’s show from Coca-Cola Arena in Dubai, with the winner was poised to receive a shot at WBO bantamweight titlist John Riel Casimero or even a straightaway upgrade to full champion status.

That development is no longer on the table.

“The WBO Interim bantamweight title fight between Paul Butler and Joseph Agbeko will no longer be taking place on tonight’s event,” Probellum revealed through its social media account.

No official reason was given for the bout cancellation. There was speculation that Butler (33-2, 15KOs)—a former titlist from Cheshire, England—was displeased with the prospect of no longer challenging for the full title, though BoxingScene.com has yet to confirm such rumors as this goes to publish.

Butler was originally due to challenge Casimero in the previously announced main event. Casimero bailed on the fight prior to the official pre-fight weigh-in, citing a bout with gastritis as the cause for his withdrawal from the mandatory title fight.

Amidst rumors that the defending champion was struggling to make the bantamweight limit, Casimero has been ordered by the WBO to show medical proof of his condition. Failure to do so by December 20 will result in his being stripped and Butler eligible to challenge for the vacant title versus the next highest-rated challenger.

The previous ruling called for the WBO to sanction Butler-Agbeko as an interim title fight. Butler is instead reduced to expert analyst for the Probellum show, which airs live on AXS TV in the U.S. among various platforms around the world.