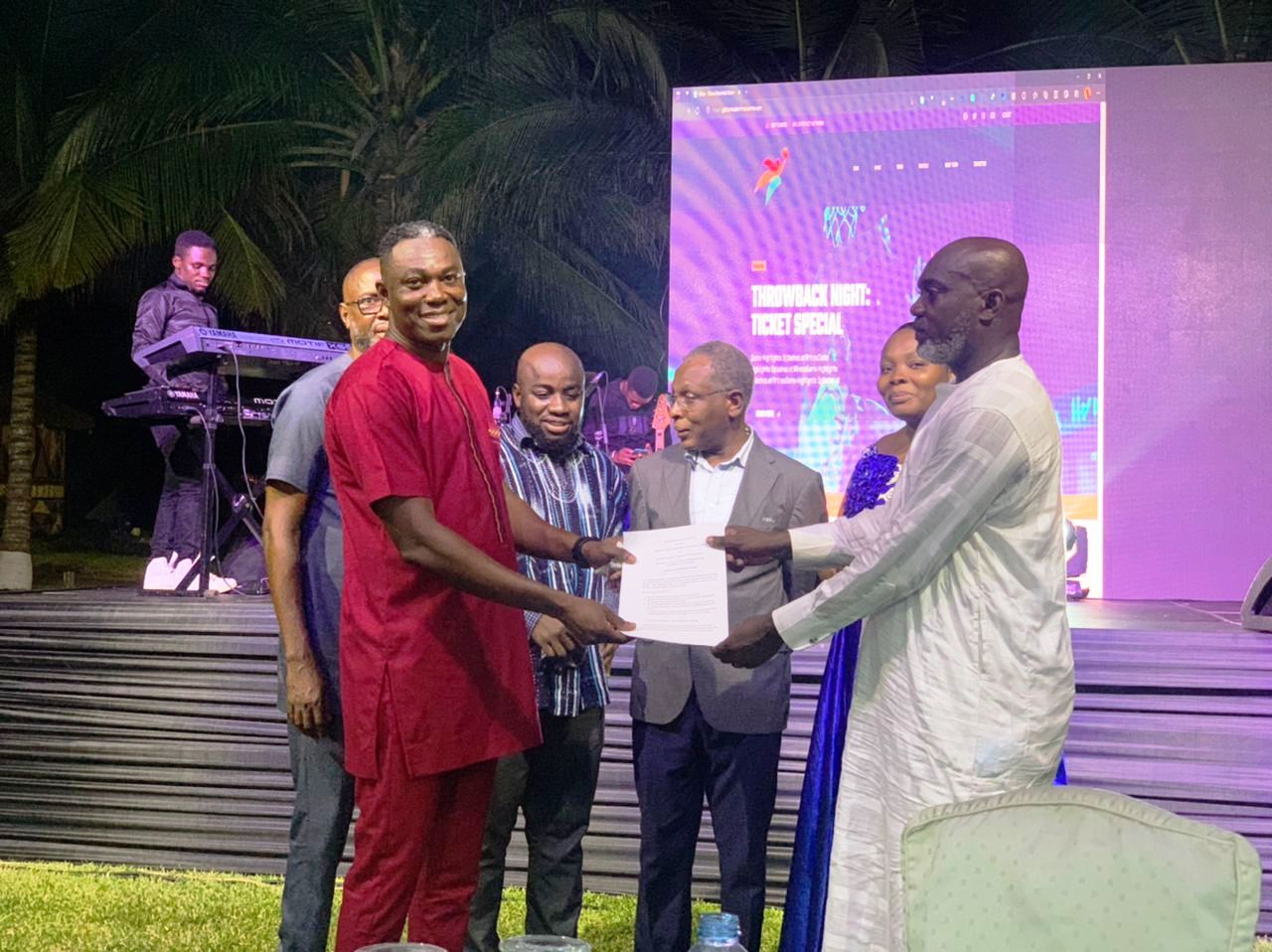 The Ghana Basketball Association (GBBA) has signed a Memorandum of Understanding (MoU) with the Lithuanian Basketball Federation.

We can also confirm that the GBBA has signed an MoU with the International Basketball University (IBU). Both agreements were signed on Friday, December 17 during a Dinner Gala at the La Palm Royal Beach Hotel in Accra.

GBBA President Ato Van-Ess signed the deals on behalf of the Association with IBU and Lithuanian Basketball Federation’s Representative in Ghana Richard Borsah.

By signing the agreements, Ghana is expected to be at the receiving of technical training aimed at player development from Lithuania’s Federation and the IBU.

IBU Director and Lithuania’s Federation Secretary General Mindaugas Balciunas spoke at the event via recorded video stating the importance of the agreement in connection to the European nation’s commitment to globalize its basketball activities.

The Gala was held for the recently elected GBBA Executives to share its vision to key stakeholders; Lithuania is one of the world’s foremost names in basketball and the country has won the European Championship-EuroBasket three times and won three Olympic Games Bronze Medals in the Men’s category.