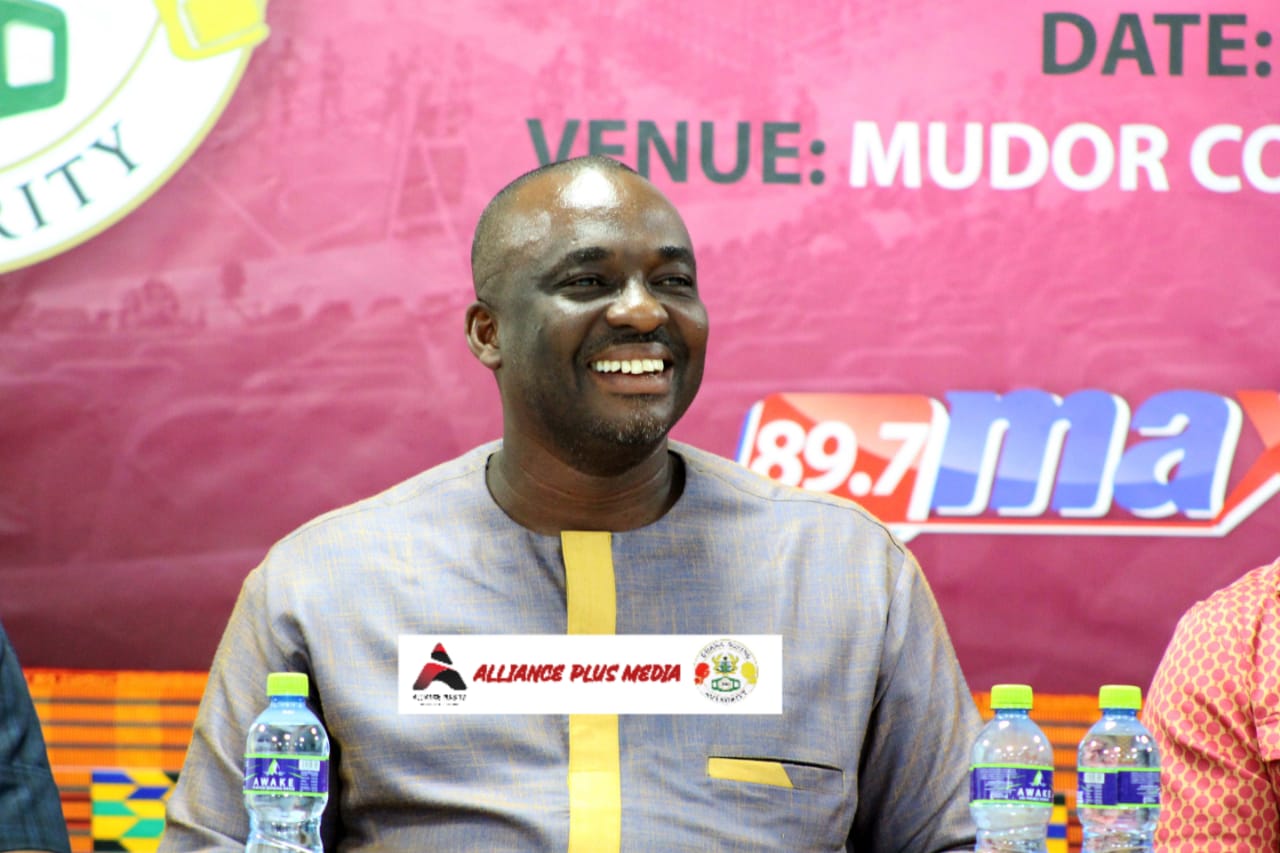 Our Special Guest of Honor (Representative of the Minister for Youth and Sports),The chairman, Director General of National Sports Authority, Professor Peter Twumasi, The Managing Director of  Trust Sports Emporium Limited, Mr. John Yaw Nimo, GBA Executive Board members, Veteran boxers ,active boxers, Promoters, Managers, Ring Officials, all  stakeholders ,ladies and gentlemen, I will like to officially  welcome you all to the  grand launching of Ghana Professional Boxing League(GPBL) to help sustain our passion for boxing and at the same time shape the career of our boxers and create wealth for stakeholders from the business point of view.

Mr. Chairman, Today marks exactly 155 days since I and some of my executive board members were elected into office to steer the affairs of Ghana Boxing Authority and take it to another level. As part of efforts to achieve my compelling vision, exactly 35 days ago we met here to officially launch our ten (10) new national titles, a new car and the GBA website.

Mr. Chairman, today marks yet again another important day in the history of Ghana Boxing Authority (GBA).For the period under review since I took over this year as the GBA President, we have won four (4) Africa championship titles, three (3) national titles already won and many others scheduled to take place on 24th, 25th and 26th of this month.

Mr. Chairman, I have promised to offer a new face of professional boxing to interested stakeholders who wish to conduct themselves for the benefit of all. Boxing remains the number ONE sport in Ghana even though the investments in boxing have been insignificant when compared to the investments made in football by the government. Boxing has brought more international honors than any other sporting disciplines in Ghana. I mean the facts are there for all to see. Boxing alone has produced ten (10) world champions across different weight divisions over the period and football is yet to give us just a single world Cup.

Mr. Chairman, The last time we met here, I hinted on the reintroduction of a Boxing League put together by the GBA and a media partner. Today we are here to witness the official launch of a concept designed by both Ghana Boxing Authority and Imax Media Group and named it Ghana Professional Boxing League (GPBL).

Ladies and gentlemen, the Ghana Professional Boxing League (GPBL) will be held in two seasons in a year for a period of five years.

Mr. Chairman, The grand finale for the two seasons will be held every 26th day of December in each year. The Boxing League will have boxers of all weight categories participating from selected active boxing gyms for each boxing league season. That notwithstanding, the introduction of the boxing league is not to discourage promoters and matchmakers from organizing fights as there will be two (2)weeks space in a month available for them to stage their fights. The efforts of Promoters can only be described as complementary to what the league can offer our boxers.

Mr. Chairman, My utmost agenda is to consider highly the welfare and interests of boxers and trainers since they are the foundation of boxing in all aspects.

Ladies and Gentlemen, The boxing league will be of great benefit to all stakeholders as boxers will be active, maintain constant training regime, enhance their records and create more healthy competition among themselves. It will also help shape their talents and prepare them for national, Africa,

Commonwealth and world titles. These boxers will at least have something every fortnight in the form cash and other products to help them regain their dignity and integrity as professional boxers.

Mr. Chairman, The resurgence of boxing development through the boxing league should be a clarion call to all stakeholders in boxing and all other interested parties to get involve so we can establish a win-win situation for all. I will also like to seize this opportunity to invite cooperate bodies, potential   sponsors and our media partners to help promote Boxing in Ghana and beyond.

Mr. Chairman, Let me at this stage inform you and the general public that Ghana Boxing Authority(GBA) has agreed on a 5 year developmental boxing league project that would cost our Media Partners, Imax Media Group a hooping One million seven hundred thousand dollars($1.7million)meant for production, content, live coverage, boxers purse, publicity and promotions.

I believe Mr.Fadi Fatal will come over later on to explain further on the sponsorship package from Imax Media Group.

Mr. Chairman, I will like to respectfully commend my able Executive Board Members, Boxers, Trainers and all other stakeholders for their supports, hard work and commitment throughout the process leading to today’s grand launch. I came into office halfway in 2021, but I think it’s important to congratulate all stakeholders in boxing for their individual or collective efforts in the year under review and wish to state that very soon the GBA will establish a special award night to honor all hardworking stakeholders in the sport.

Mr. Chairman, In conclusion, I will like to once again welcome all of you to this grand launch of Ghana Professional Boxing League (GPBL)…..WHERE WE MAKE CHAMPIONS.

I wish you Merry Christmas and Happy New Year.

Thank you for your time.