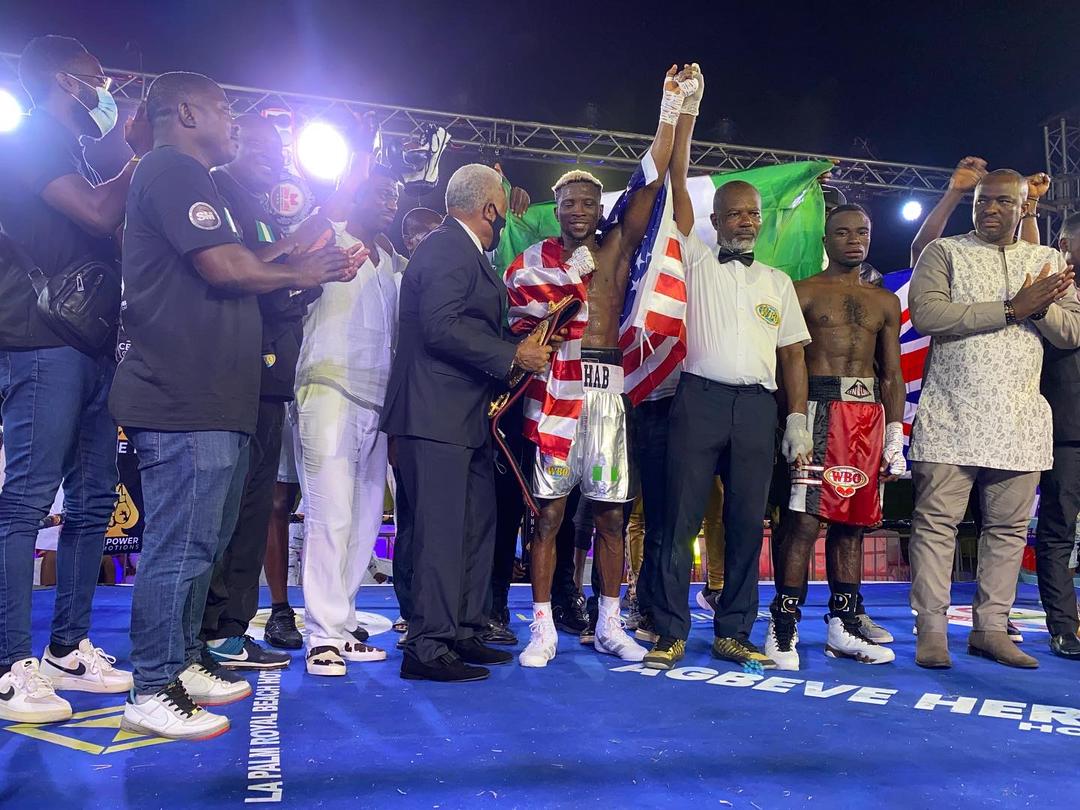 The bout highlighted a night of non-stop action on an event promoted by ACE Power Promotions in conjunction with Streetwise Management and DiBella Entertainment.

The 23-year-old Wahab, a Nigerian who fights out of the Charles Quartey Boxing Foundation in Accra, was making the first defense of the continental belt he won last July when he knocked out Muksini Swalehe in Lagos, Nigeria.

“I feel good and great for defending my title because my opponent came in with a good plan,” Wahab told BoxingAfrica.com.

“I came in to win and not necessarily a knockout and, in the end, I got what I wanted.”

Not without a fight.

Wahab controlled the first as he operated behind a long jab and stepped into land combinations to Malinyingi’s body.

The two began trading in the second. Again, Wahab attacked Malinyingi’s ribcage but the Tanzanian responded in kind, showing no signs of slowing down. He enjoyed an even better third as he caught Wahab with a left hook square on the jaw.

Wahab began to separate himself in the fourth, opening up with several eye-catching shots. Malinyingi refused to give an inch, coming forward and attacking with determination.

Wahab switched tactics in the fifth and sixth, boxing behind the jab and maintaining distance from his shorter foe. He was back to power punching in the seventh, driving Malinyingi to the canvas with a volley to the head and body.

Malinyingi gamely rose but could barely stand straight, forcing veteran referee Roger Barnor to step in and halt the bout in the seventh.

“I feel very good at 130 pounds and looking forward to face Shakur Stevenson and any other super featherweight in the world because I believe I have a chance against them,” said Wahab.

“I am pleased with Wahab’s performance but there is more to learn on his development and that is what we are looking at,” said Amoo-Bediako, who also manages former world lightweight champion, Richard Commey.

“Boxing is about development and we have to focus on giving Wahab the right preparation to be able to achieve his dream of becoming a world champion.”