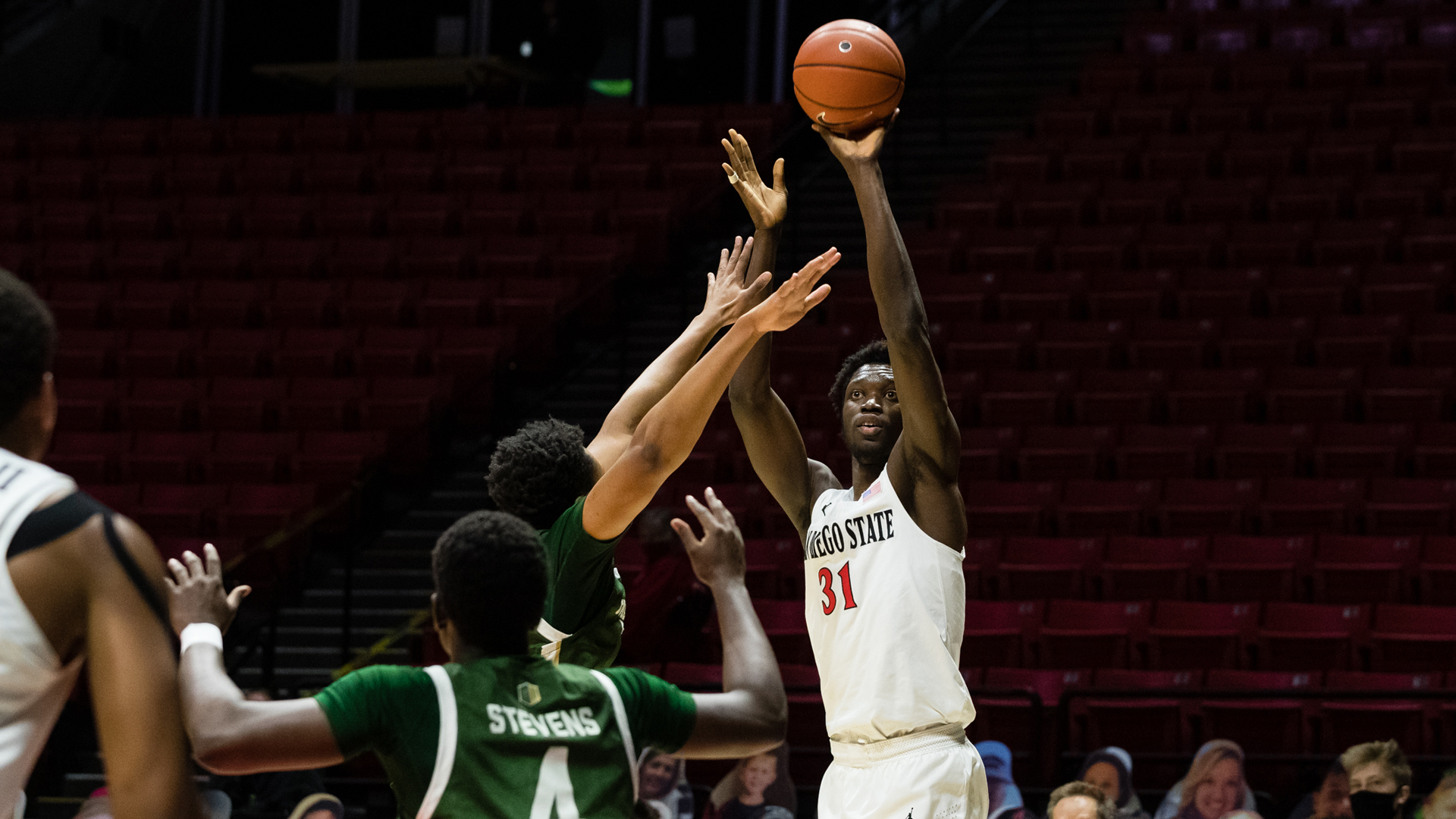 San Diego State beat University of California-San Diego 78-57 in the former’s eighth win in 11 outings this season; California has six wins and five losses this season.

Mensah registered 19 points to lead all players in scoring and added nine rebounds and two blocks in 27 minutes as a starter. He also led the game in rebounds. (Click highlighted text to watch game highlights)

The 6 foot 10 inch athletic defender scored nine of 12 two point shot attempts and converted one of two free throws in the contest that had him with zero turnovers and not attempt a three point shot.

He was one of four San Diego State players to score in double figures; California’s Jake Korsakowski came closest to Mensah’s scoring mark with 18 points in the contest.