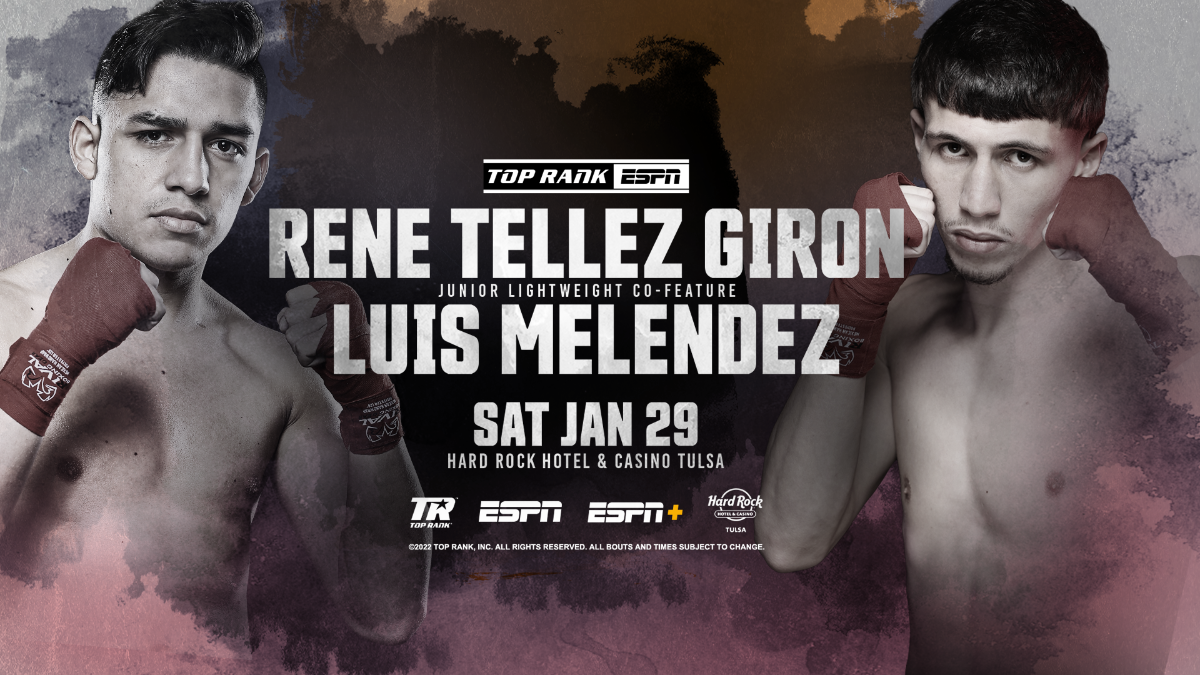 Giron-Melendez will serve as the co-feature to the 10-round WBC junior lightweight title eliminator between former title challenger Robson Conceição and undefeated contender Xavier Martinez. Both bouts will air live on ESPN & ESPN Deportes (simulcast on ESPN+) at 10 p.m. ET/7 p.m. PT.

The ESPN+-streamed undercard will include the return of undefeated middleweight prospect Nico Ali Walsh (3-0, 2 KOs), grandson of Muhammad Ali, in a four-round bout. Ali Walsh made his professional debut last August with a first-round stoppage at Hard Rock Hotel & Casino Tulsa. Tulsa-born heavyweight prospect Jeremiah Milton (3-0, 3 KOs) will see action on the undercard in a six-rounder.

Nico Ali The ESPN+-streamed undercard will include the return of undefeated middleweight prospect Nico Ali Walsh (3-0, 2 KOs), grandson of Muhammad Ali, in a four-round bout

Giron (16-1, 10 KOs), a 22-year-old rising star from Queretaro, Mexico, emerged from relative obscurity with his December 2019 knockout victory over then-unbeaten 2016 U.S. Olympian Karlos Balderas. He has won two fights since the Balderas triumph, including a seventh-round knockout over Eduardo Garza last September on the Oscar Valdez-Conceição undercard in Tucson, Arizona. Melendez (17-1, 13 KOs), winner of 15 straight fights since a controversial split decision loss, had a busy 2021. He picked up seven victories in three months in Colombia, then returned to the States with a flourish. Melendez won an eight-round decision over Thomas Mattice at Virgin Hotels Las Vegas last November, a career-best victory that earned him the co-feature slot against Giron.

“I told my manager, Frank Espinoza, that I am ready to fight any junior lightweight out there,” Giron said. “Melendez answered the call, and we’re going to give the Tulsa fans a great fight. Whenever you have a Mexican versus a Puerto Rican, it can’t help but be toe-to-toe.”

Melendez said, “I jumped at this opportunity without hesitation. I’m thankful for this platform, and I will put the 130-pound division on notice. Giron is the man in my way. I am the next Puerto Rican star, and I will prove it in Tulsa.”

Promoted by Top Rank, in association with Tony Holden Productions, tickets starting at $49.50 are on sale now and can be purchased at tickets.hardrockcasinotulsa.com and at the Box Office at 918-384-ROCK (7625).