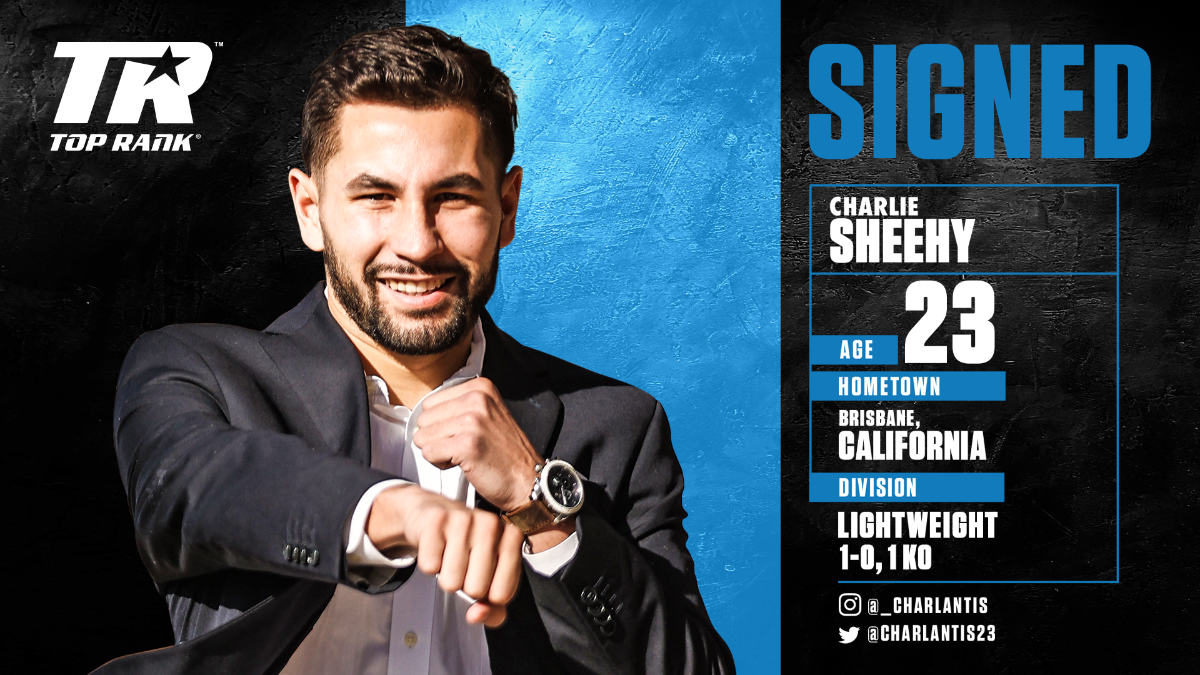 Sheehy, who is managed by Peter Kahn, won 17 national amateur titles. He will make his Top Rank debut in a four-round bout Friday, March 4 on the Jose Ramirez-Jose Pedraza undercard (live on ESPN+) in Fresno, California.

“We’ve had our eyes on Charlie since his amateur days, and we believe he is a young man with the potential to bring championship boxing back to the Bay Area,” said Top Rank chairman Bob Arum.

Sheehy said, “I am honored to become part of an organization that has built some of the greatest boxers of all time. This has been a dream of mine since I began boxing. It feels amazing to know that the biggest promotional company in boxing believes in me. I look forward to showing the world my skills and becoming a world champion with Top Rank.”

Sheehy started boxing at eight years old at Fire in the Ring Boxing Club in San Francisco under head trainer Miguel Rios, who is still in his corner. He is preparing for his March 4 bout in South Florida alongside undefeated junior middleweight phenom Xander Zayas.

Sheehy made his professional debut last October in Fresno, where he knocked out Luciano Ramos in the fourth round. As an amateur, he defeated numerous top names, including Ryan Garcia and Vergil Ortiz Jr. He placed third at the 2020 U.S. Olympic Trials, where he dropped a competitive decision to eventual Olympic silver medalist and Top Rank promotional stablemate Keyshawn Davis. Sheehy was the 138-pound Olympic alternate, and with dreams of Olympic gold dashed, he turned his focus to the pro ranks.