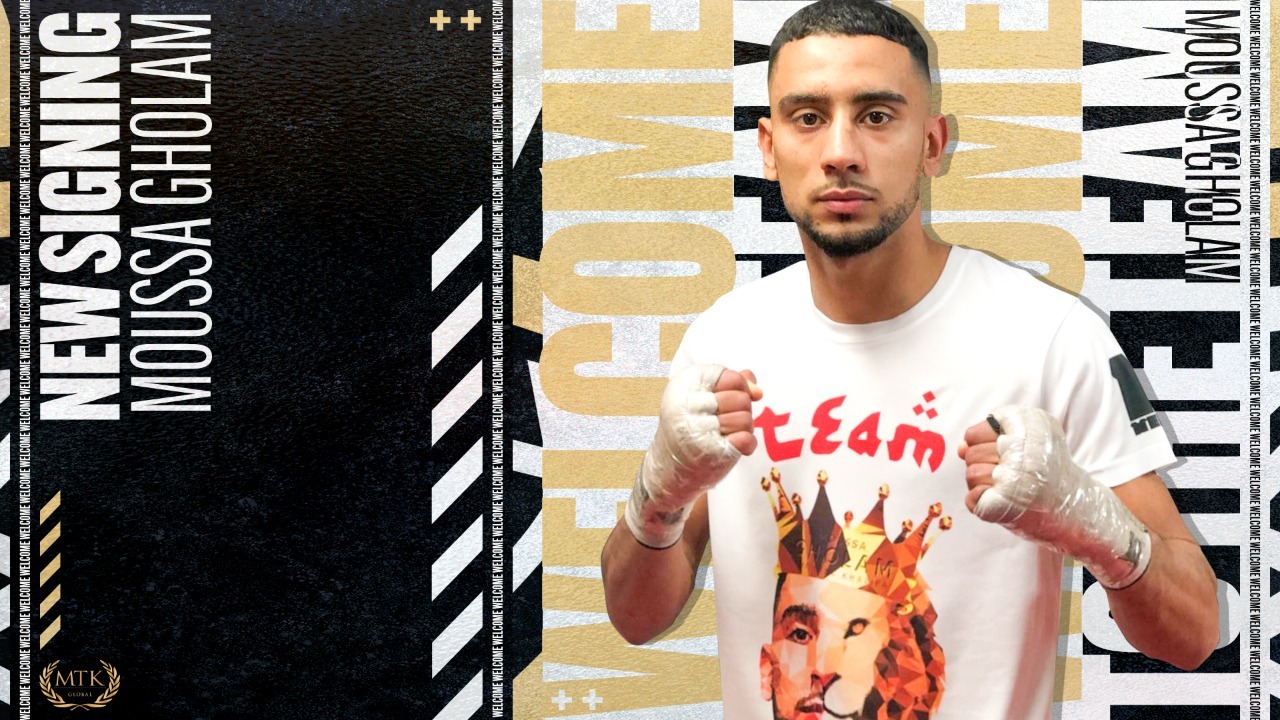 The Spain-based Moroccan is known for his huge power, with six of his last seven wins all coming by knockout, and he’s targeting big things after teaming up with MTK Global, who will work in association with Gallego Prada.

Gholam said: “I’m very excited to join MTK. I have been hoping this would happen for two years, when I was in Marbella to spar with Jono Carroll.

“I also had the opportunity to talk to Billy Joe Saunders back then, and both are fighters that I really appreciate, so now becoming part of the team is a really big step for me. I’m very motivated with this signing, and this will make me work harder to arrive as soon as possible at the top level.

“I’m always asking to face the best fighters in my division. In my weight I want Zelfa Barrett, Archie Sharp, Joe Cordina. Up to now, it has been tough to get them to fight me, but I hope that MTK will be able to bring me these fights to show to the entire world who I am.

“My main objective is to become world champion. I know that it is not an easy one, but I think that bringing together Gallego Prada, the team that has backed me since I was 11, and the worldwide experience of MTK, I will be able to win that world title. I can’t think of a better way to thank Gallego Prada and MTK for the confidence they have put in me.”

MTK Global Promoter Lee Eaton added: “We’re thrilled to be working with Gallego Prada to guide the career of Moussa Gholam from here on out. He has dominated during his career so far, and we expect him to kick on and have plenty of success.

“The super-featherweight division is an exciting division to be a part of, and we’re looking forward to seeing Moussa become a key part of that weight class.”

News on when Gholam will have his first bout as an MTK Global fighter will be announced in due course.