Clippers hold off Lakers in thrilling conclusion, Suns and Bulls both beaten 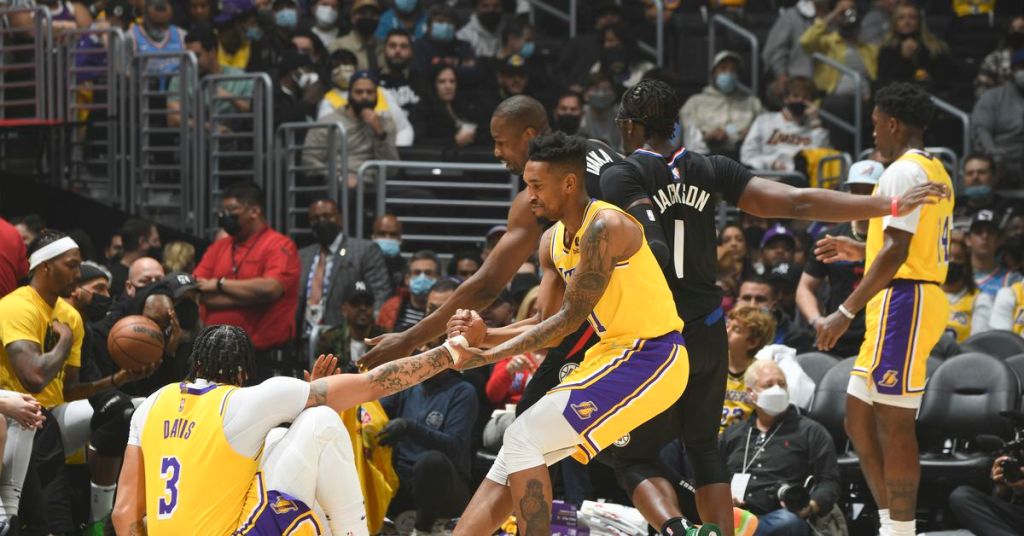 Reggie Jackson proved the hero for the Los Angeles Clippers as they edged Los Angeles Lakers 111-110 in a thrilling conclusion to Thursday’s contest.

The lead changed hands five times in the final 63 seconds, but it was 25-point Jackson’s driving layup with four seconds remaining that proved decisive.

Anthony Davis wasted the chance to add to his team-high 30 points and 17 rebounds by missing a running floater as time expired, meaning a fourth defeat in five for the Lakers.

The eventful finale to the game could have been avoided from the Clippers’ perspective, though, as they led by 17 with four minutes left of the third quarter.

The Lakers recovered, scoring eight straight points to move in front with just over a minute left, but after plenty of toing and froing it was Tyronn Lue’s men who came out on top.

Western Conference leaders the Phoenix Suns saw their 11-game winning run ended as they lost an eighth straight game at the Atlanta Hawks for the first time in their history, going down 124-115.

Chris Paul and Devin Booker had been confirmed as All-Star reserves shortly before tip-off, but it was starter Trae Young who stole the show with 43 points.

Meanwhile, the Eastern Conference leaders also lost. The Chicago Bulls paid for a sloppy turnover late in overtime in their 125-120 reverse at the hands of the Toronto Raptors.

In second place in the East, Tyler Herro set aside his disappointment at missing out on an All-Star selection by scoring 24 points from the bench in the Miami Heat’s 112-95 win at the San Antonio Spurs.

The Spurs had scored at least 100 in each of their prior 18 home games before this defeat, last enjoying a longer single-season run in 1992-93.

The Golden State Warriors made it eight wins in a row thanks to a 126-114 victory against the Sacramento Kings, with Klay Thompson hitting his first seven shots on his way to 23 points and seven assists.

Steph Curry added 20 points and now has 71 assists and 24 turnovers in his last nine games for the Warriors, who improved to 40-13 for the season in the Western Conference.