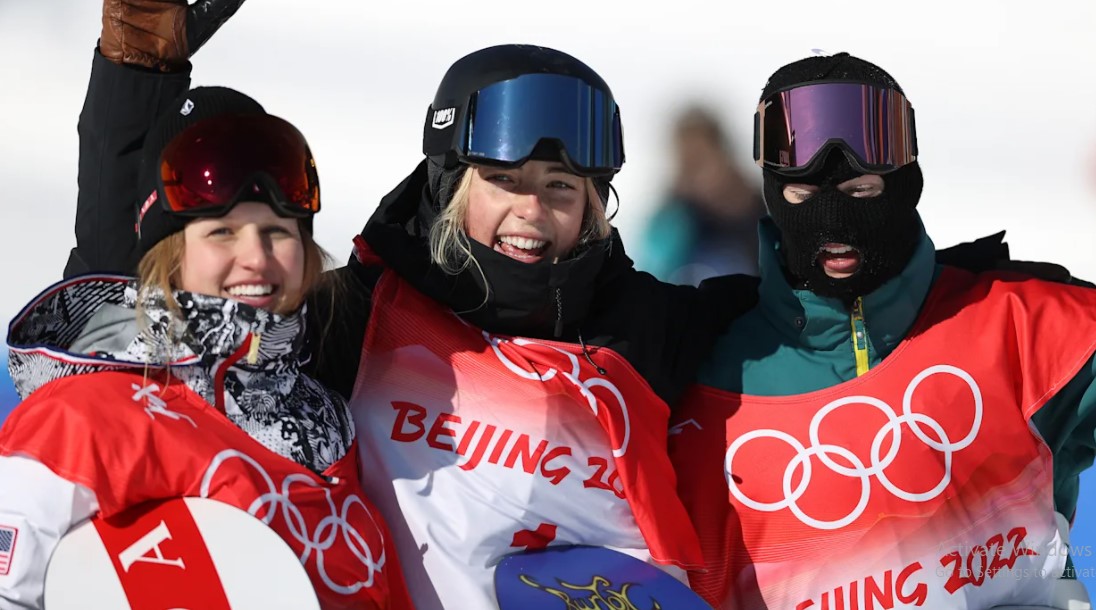 Zoi Sadowski-Synnott picked up where she left off in yesterday’s qualifying rounds with a winning performance in the Beijing Olympic Winter Games women’s snowboard slopestyle finals at the Genting Snow Park in Zhangjiakou.

The 20-year-old left it late, putting down the best score with the final run of the day (92.88) to push American Julia Marino out of first place on the strength of a pair of double-cork 1080s and a massive final jump that had the Kiwi struggling to hang on for a clean landing.

“Honestly it just feels unreal. I’m super proud of where my snowboarding has come in the last four years,” she said before collecting her gold medal. “And I’m super proud to be Kiwi and show the world what Kiwis are made of. I took everything I had in me to try to land it [that last jump] and I told myself just to do anything you can to land it — and I did.”

It was Sadowski-Synnott’s first Olympic gold medal — and a first Winter Olympic gold for the country of New Zealand.

“I really hope that my performance here will inspire young kids back home to take up snowboarding because I think it’s the funnest sport ever,” added the New Zealand Olympic hero and history-maker.

With the best run of the finals (a 12-athlete, best-of-three format), Sadowski-Synnott added a top-of-the-podium finish to the bronze medal she won in PyeongChang 2018’s inaugural women’s big air snowboard event.