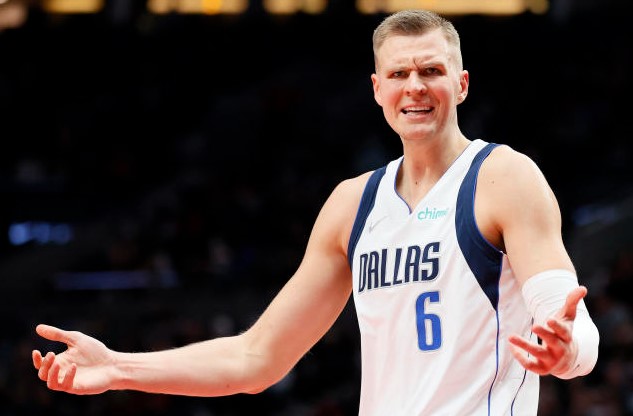 The Dallas Mavericks traded forward/center Kristaps Porzingis and a protected second-round pick to the Washington Wizards in exchange for Spencer Dinwiddie and Davis Bertans.

Porzingis has missed the past five games with a right knee injury and has been sidelined for 21 of 55 games this season because of various injuries and a positive COVID-19 test.

Doncic and Porzingis never established the bond the club hoped would develop when Dallas acquired Porzingis in a trade with the New York Knicks before the deadline in 2019.

At the time of the trade, Porzingis was still recovering from surgery for a torn ligament in his left knee not long after he was named an All-Star with the Knicks in 2018. He made his Dallas debut in 2019-20 but remained injury-prone in two-plus seasons with the Mavericks.

The 26-year-old Porzingis signed a $158 million, five-year contract with the Mavericks before ever playing for them. The 7-foot-3 Latvian averaged 20 points and 8.8 rebounds in 134 games with Dallas.

Dinwiddie started all 44 games he played for the Wizards this season, averaging 12.6 points and 5.8 assists. Although his career 3-point shooting percentage is just 32%, Dinwiddie gives Dallas another scoring option in the backcourt with Tim Hardaway Jr. likely sidelined until the playoffs with a broken foot.

Bertans started his career with Dallas rival San Antonio and was solid as a backup the previous two seasons in Washington. But the 6-10 Latvian’s playing time is way down this season, along with his scoring and rebounding averages.

The Mavericks (32-23) are currently the 5th seed in the West standings.