What Ben Simmons will bring to the Nets: The pros and cons 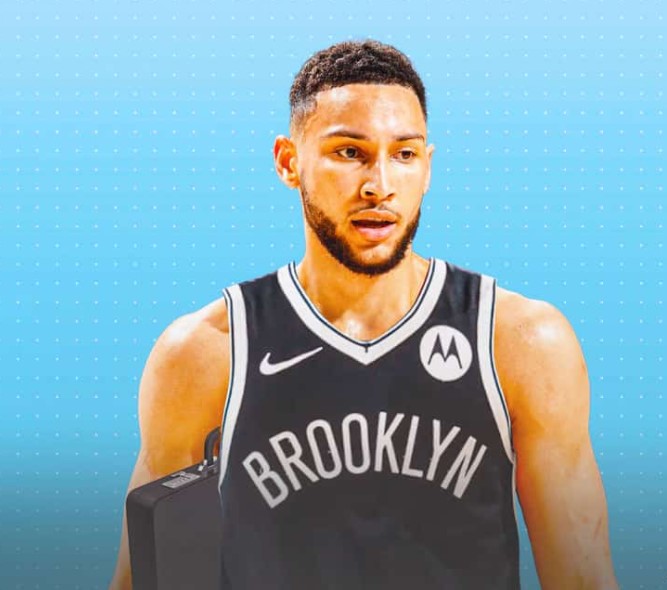 James Harden is out, Ben Simmons is in. And everybody got what they wanted.

In the aftermath of Thursday’s megadeal that shook up not just Brooklyn and Philadelphia, but also the NBA landscape, Nets star Kevin Durant said he’s fired-up for what his post-Harden squad is going to look like.

“I’m excited for our team,” Durant said Thursday night on TNT. “Looking forward to finishing the season out with this new group and these new players. The playoffs are right around the corner; we’ve got to fast-track into getting used to each other. But I’m excited. I think everybody got what they wanted.”

Simmons had been holding out since the start of the season after demanding a trade away from Philadelphia, citing mental health issues. Harden had been disgruntled behind the scenes, and many in the Nets organization had taken note.

After Nets GM Sean Marks had given up Jarrett Allen, Caris LeVert, three first-round picks and four pick swaps to get Harden from the Rockets in January 2021, he had the threat of the All-Star leaving in free agency this summer hanging over his head like the Sword of Damocles. So Marks swung first.

He brought back two first-round picks, shooter Seth Curry — who played at Duke with Kyrie Irving — and center Andre Drummond, still one of the league’s best rebounders. But the centerpiece is Simmons, who will define the trade — and, by default, Marks’ tenure.

“We got better. And I’m excited to get those guys with us and just move forward,” said Blake Griffin, who called his former Pistons teammate Drummond a “monster” on the boards and agreed everybody got what they wanted.

“Obviously I think Ben was done there, you can see that from not playing. … As far as us, we definitely got what we wanted: Guys that want to be here and guys who want to come on and play. I think we’re excited about that.”

A three-time All-Star, Simmons is still just 25 years old, seven years younger than Harden. Simmons is under contract through 2024-25, so his deal matches up with Durant’s — and potentially Irving’s, if he re-signs.

Simmons is a unique player, for better or worse. The 2017-18 rookie of the year has averaged 15.9 points, 8.1 boards and 7.7 assists in his career, is a walking triple-double and a lock-down, game-wrecking defender.

But he has shot just 14.7 percent from deep, 59.7 percent from the line and appeared afraid to shoot from either in the playoffs. The Nets have to hope with Durant, Irving, Curry, Joe Harris and Patty Mills, they will be suited to mask Simmons’ offensive failings and accentuate his positives.

While Simmons has been working out on his own, that’s not the same as NBA game speed. There is a feeling he’d need a couple weeks to get ready.

“We’ve got to work to do to get him back to play, but it’s a great step in the right direction,” Simmons’ agent, Rich Paul, told ESPN.

Durant, Marks and Mills have all spoken to Simmons, who is expected to keep working with his therapist to get mentally ready to play, according to ESPN.

Mills, close with Simmons from their days in Australia, says he’ll help him settle in.

“He’s in a really good place right now, speaking to him a fair bit lately and seeing what he’s been up to in terms of staying ready and getting his body right and getting game ready,” Mills said. “So it was good and pleasing for me to see and feel where he’s at. From that standpoint, you get a really hungry person who’s looking forward to playing basketball again, and especially with our group.

“I’ve got his back. I’ve always had his back. And now I have the opportunity to be with him. … So I’m excited to be able to be with him in this aspect, and help him in any way necessary. That’s how it’s always kind of been. But at the end of the day, I’m excited for this. And I know he is as well.”