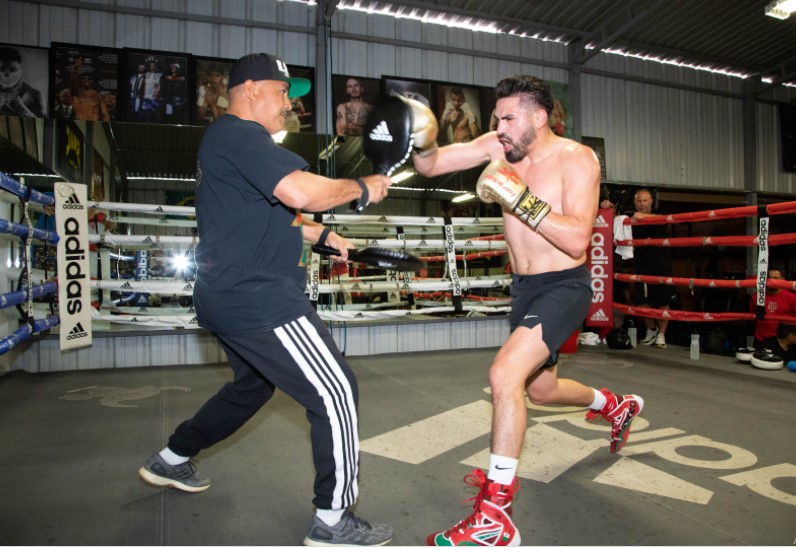 Former unified junior welterweight Jose Ramirez (26-1, 17 KOs) is ready to turn the page. Last May, he lost a competitive decision to Josh Taylor for the undisputed title. The road to redemption begins Friday, March 4, at Fresno’s Save Mart Center in a 12-rounder against Puerto Rican two-weight world champion José Pedraza (29-3, 14 KOs).

Ramirez, from Avenal, California, returns home to the friendly confines of the Save Mart Center. In five headlining events at the venue, Ramirez has drawn more than 65,000 of his most devoted Central Valley fans through the turnstiles.

This is what Ramirez had to say after a recent training session at Robert Garcia Boxing Academy in Riverside, California.

“The loss against Taylor taught me a lot. It was the first of my career, and I feel like it brought back my hunger for boxing again. I’ve really enjoyed this training camp preparing to get back on the winning path. I’ve had a lot of fun training with Robert Garcia in Riverside. I have corrected the mistakes that I made in that fight against Taylor. Maybe I had been making them for a long time, but when you are winning all your fights, you do not always look at the mistakes. I had a hard time accepting it, but I’ve already turned the page. There’s nothing I can do about it.”

“I am ready to return to the top of the division. I know that I am one of the best fighters at 140 pounds. I want to regain my titles and win all of the belts. It doesn’t matter if it’s in a rematch against Taylor, challenging another champion, or in a vacant title match against another top contender. I want my titles back.”

“José Pedraza is a tough test. He is a very good fighter and has looked good since he adjusted to the 140-pound division. I want to earn another shot at the title. I am not one to talk much. I come to face the best and let my performances in the ring speak for themselves.”

“I hope that Pedraza comes well prepared. I want to face the best version of José Pedraza so we can give the fans another classic fight between Mexico and Puerto Rico.”

“Coming back to fight again in front of my people in Fresno makes me very happy. I am training very hard because I want to bring joy and happiness to my fans again. I want them to feel proud, and that is why I am here to leave everything inside the ring on March 4 at Save Mart Center.”