Ben Simmons speaks: ‘The mental health has nothing to do with just the trade’ 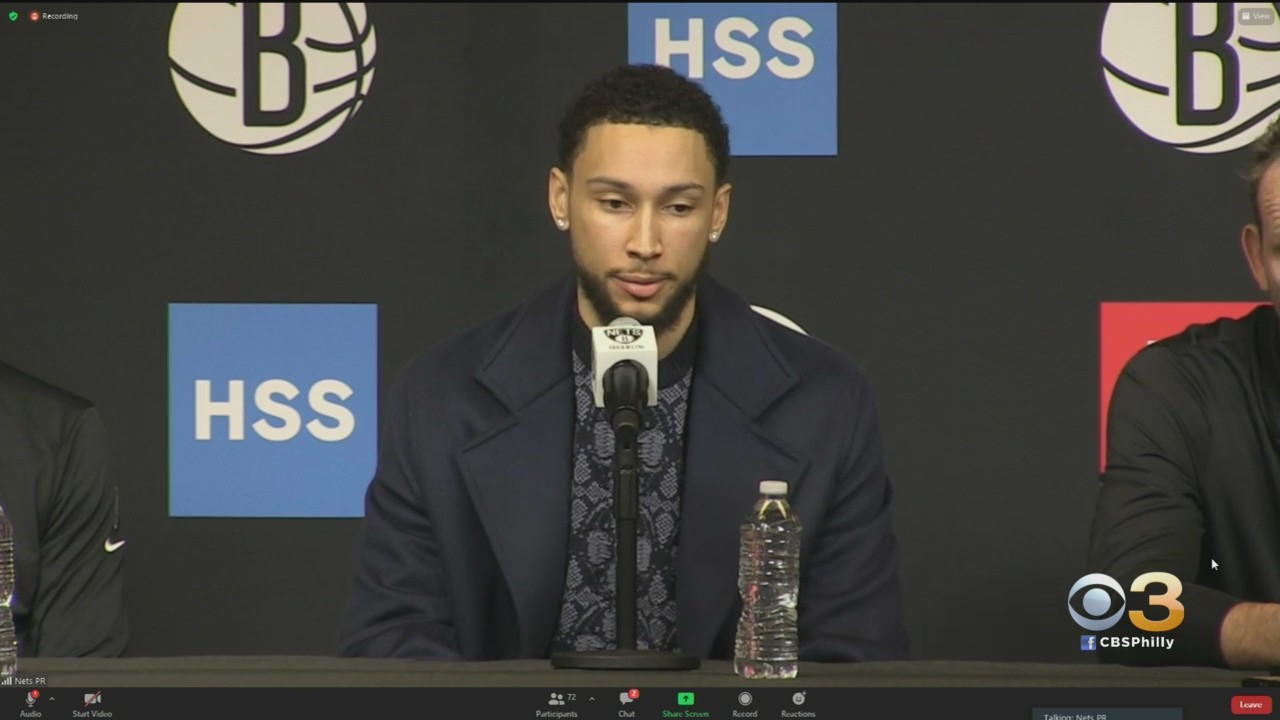 Ben Simmons crumbled in the 76ers’ playoff series against the Hawks to the point teammates suspected he tried to dodge Game 7 by revealing a potential coronavirus exposure. After Philadelphia lost that Game 7, 76ers coach Doc Rivers then said he didn’t know whether Simmons could be the point guard on a championship team. Joel Embiid called Simmons not dunking the turning point of the defeat. Philadelphia fans came down hard on Simmons.

“I need to get in a good place mentally,” Simmons said he thought to himself.

Did Simmons feeling he couldn’t get to that “good place mentally” in Philadelphia contribute to his trade request?

“I think that was part of it,” Simmons said. “I think I just wasn’t in a place there to do that, and a lot of things had happened over that summer to where I didn’t feel like I was getting that help.”

Even as Simmons – who got his desired trade to the Nets after sitting out the entire season so far citing mental-health issues – explained himself at his introductory press conference with Brooklyn today, the line between his trade request and mental-health issues remained muddled.

“The mental health has nothing to do with just the trade,” Simmons said. “It was a bunch of things that I was dealing with as a person, in my personal life, that I don’t really want to go in depth with.

“It wasn’t about the fans or coaches or comments made by anybody. It was just a personal thing for me that was earlier than that series or even that season that I was dealing with. That organization knew that. It was something that I continue to deal with, and I’m getting there and getting to the right place to get back on the floor.

“It was just piled up. A bunch of things that have gone over the years to where I just knew I wasn’t myself and I needed to get back into that place of being myself and being happy as a person and taking care of my wellbeing. That was the major thing for me. It wasn’t about the money, anything like that. I want to be who I am and get back to playing basketball at that level and be myself.”

Simmons looked so happy sitting on the Nets’ bench for their win over the Kings yesterday, his smile beamed through his mask:

Asked about people who didn’t believe his mental health issues to be legitimate, Simmons defended his mood changing upon getting to Brooklyn.

“They should be happy I’m smiling, honestly,” Simmons said. “I’ve had some dark times over these last six months, and I’m just happy to be in this situation with this team and organization. People are going to say what they want. They’ve said it the last six months, and I haven’t commented. And it is what it is. So, people are always going to have their own opinions.”

Not only did Simmons not comment publicly amid numerous rumors and accusations, he didn’t communicate well with the 76ers throughout this saga. But Simmons said he spoke to 76ers general manager Elton Brand, owner Josh Harris, coach Doc Rivers, forward Tobias Harris and a couple other players on the way out. What about Joel Embiid? “No, I did not,” Simmons said.

Simmons could see them all again when the Nets visit Philadelphia on March 10. Can he be physically and mentally read for that game?