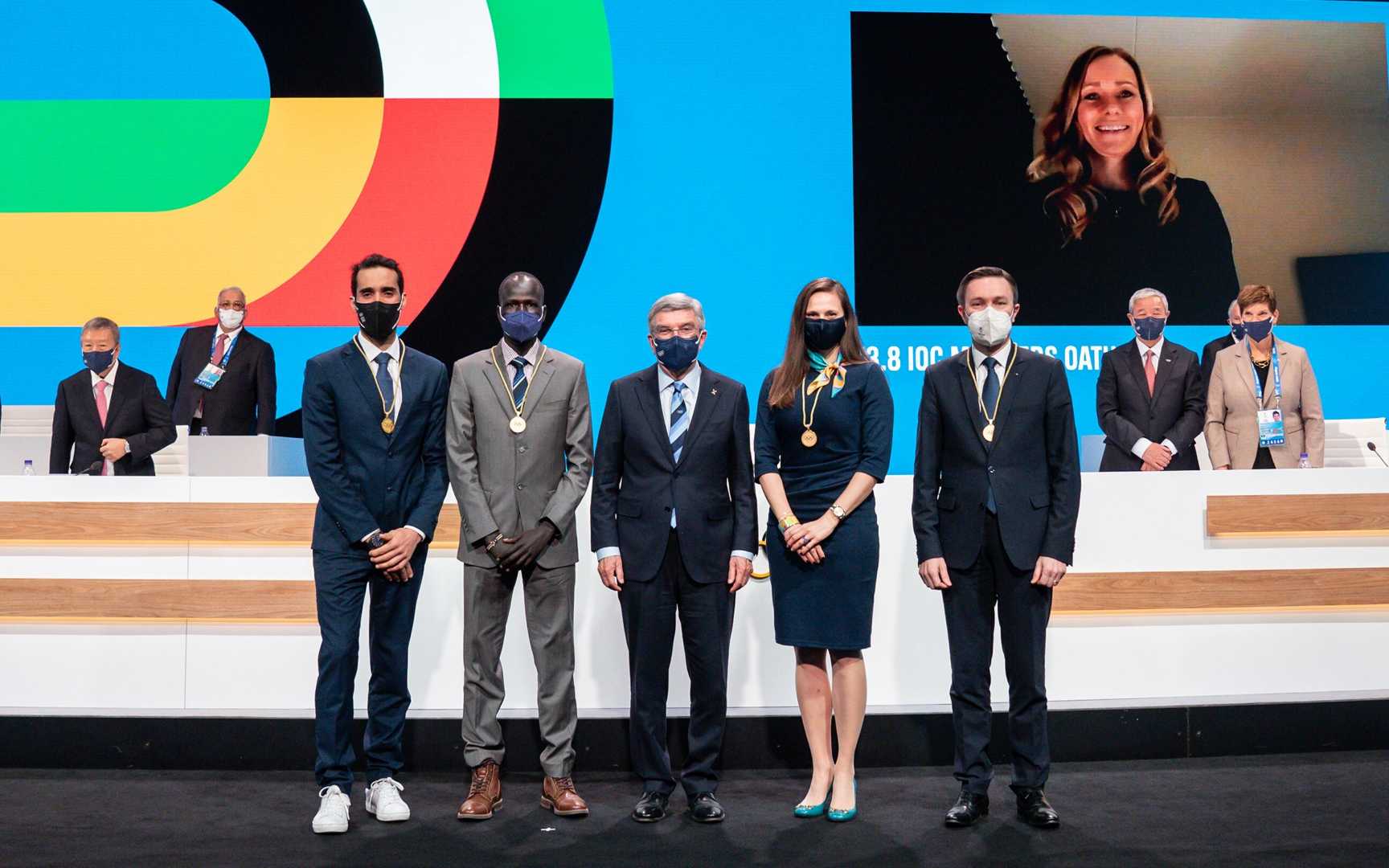 The 139th Session of the International Olympic Committee (IOC) resumed its proceedings in Beijing today with several rounds of elections.

Following the recommendations made by the Executive Board (EB) in December 2021 and on 18 February 2022, the Session today:

For the first time in Olympic history, a UNHCR-recognised refugee has been elected as an IOC Member. Yiech Pur Biel is an Olympian, who competed as a member of the IOC Refugee Olympic Team Rio 2016 and was a team manager for the same team at the Olympic Games Tokyo 2020. His election was possible following the amendment made to the Olympic Charter in Tokyo, allowing the election of IOC Members in special cases without a nationality or National Olympic Committee (NOC) requirement.

Olympic bronze medallist Danka Barteková (Slovakia), having been an IOC Member as an elected athletes’ representative from 2012 until 2021, and having been Vice-Chair of the IOC Athletes’ Commission from 2018 to 2021, was also elected. Both Mr Biel and Ms Barteková were elected as Independent Individuals.

David Lappartient (France) was elected as an IOC Member linked to his function as President of the Union Cycliste Internationale (UCI).

Olympians Martin Fourcade (France) and Frida Hansdotter (Sweden), elected by their peers earlier this week as members of the IOC Athletes’ Commission (AC), were also elected by the Session as IOC Members, bringing the number of active athletes’ representatives in the IOC membership to 15.

The term of office of all the newly elected IOC Members is eight years.

During today’s proceedings, the Session elected Juan Antonio Samaranch (Spain) as an IOC Vice-President. Mr Samaranch’s term as Vice-President will start on 20 May after the conclusion of the 139th IOC Session.

Nenad Lalović (Serbia) and Ivo Ferriani (Italy) were also re-elected as EB members. The terms for the EB members is four years.

Arriving at the end of her IOC membership term, Nicole Hoevertsz (Aruba) was re-elected for an additional eight years. A change of status to Independent Individual was also approved for Ms Hoevertsz.

IOC Member Poul-Erik Høyer (Denmark) informed the Session that, for personal reasons, he was not seeking re-election. Therefore his membership will end at the close of the 139th Session in May.

The age limit of 70 for IOC Member Luis Moreno (Colombia) was extended for four years. As the Chair of the IOC Public Affairs and Social Development Through Sport Commission and Permanent Observer of the IOC to the United Nations since 2019, Mr Moreno plays an important role in the relationship between the IOC and the UN.

Today’s elections bring the number of IOC Members to 106.

Re-election of two members of the IOC Ethics Commission

Following the IOC EB’s recommendation, the Session also re-elected two members of the IOC Ethics Commission for a new four-year term, in their capacity as IOC Members:

Chaired by former UN Secretary-General Ban Ki-moon since 2017, the IOC Ethics Commission is composed of nine members, five of whom must be independent from the IOC. Among the four IOC Members, one must be an IOC Athletes’ Commission member. The full composition of the Commission can be found here.

Following the decision to streamline the institutional meetings in Beijing due to the COVID-19 pandemic situation, the 139th IOC Session will conclude on 20 May 2022.