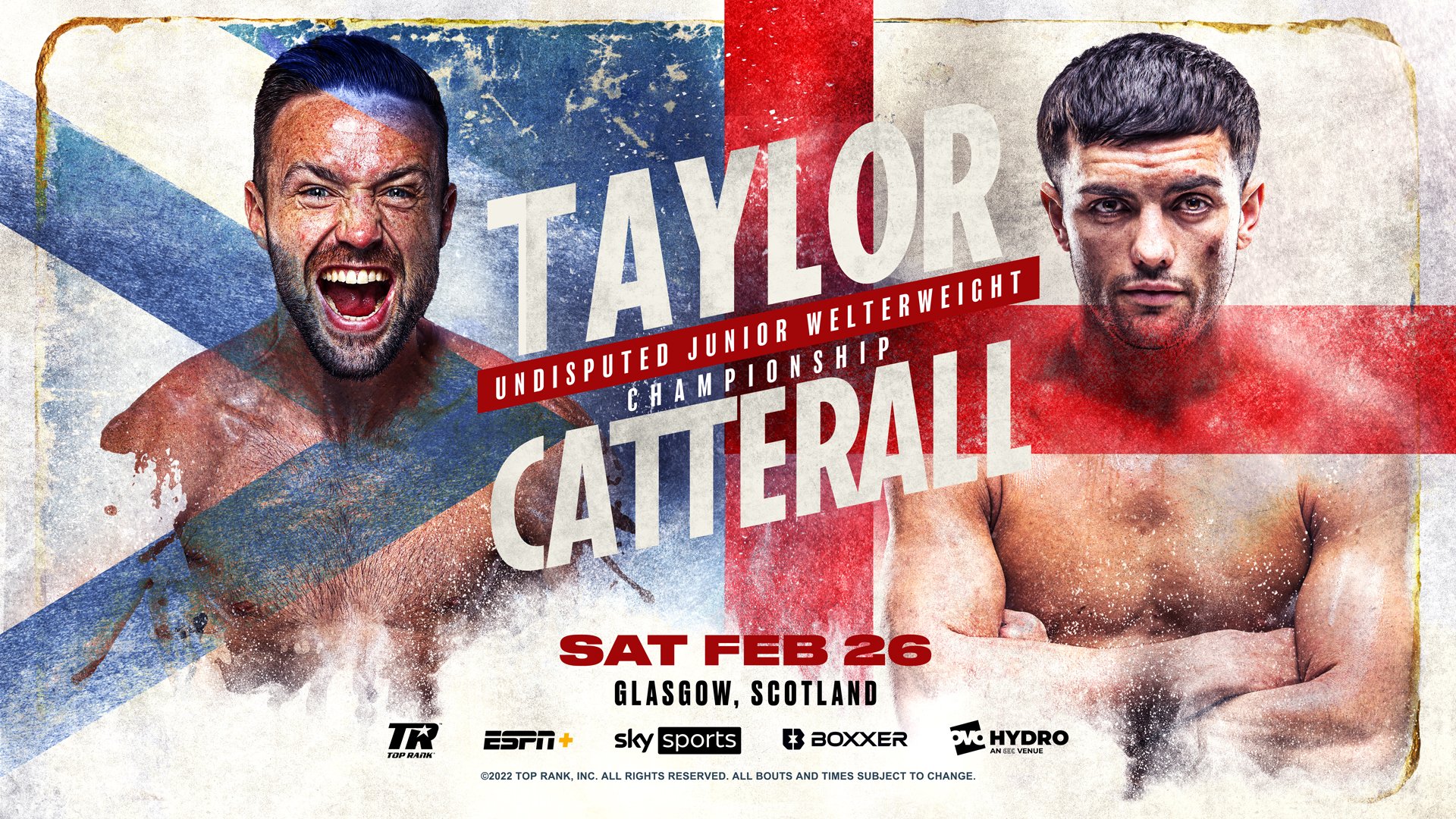 Taylor-Catterall and a loaded undercard, including featherweight contender Robeisy “El Tren” Ramirez against Eric Donovan in a 10-rounder, will stream live and exclusively on ESPN+ in the United States (2 p.m. ET).

Before fight night, go behind the scenes with Top Rank Presents: The Tartan Tornado, a documentary-style look at Taylor from his blue-collar upbringing in Prestonpans, Scotland, to his ascension to pound-for-pound elite. Once a youngster with a decorated taekwondo career, Taylor eventually set his sights on the sweet science. Taylor represented Great Britain at the 2012 London Olympics and won the Commonwealth junior welterweight title in his seventh professional fight.

Taylor cemented his legacy as a Scottish sporting hero last May when he toppled Jose Ramirez in a unification showdown, becoming only the second Scottish undisputed champion in boxing history (joining Ken Buchanan). Taylor now turns the page to Catterall, the WBO No. 1 contender from Chorley, England, who won the British title in 2017.

Be sure to visit Top Rank’s YouTube Channel for more fight week coverage.