Oleksandr Usyk: I Never Ducked Tyson Fury, I'd Fight Him in The Street! 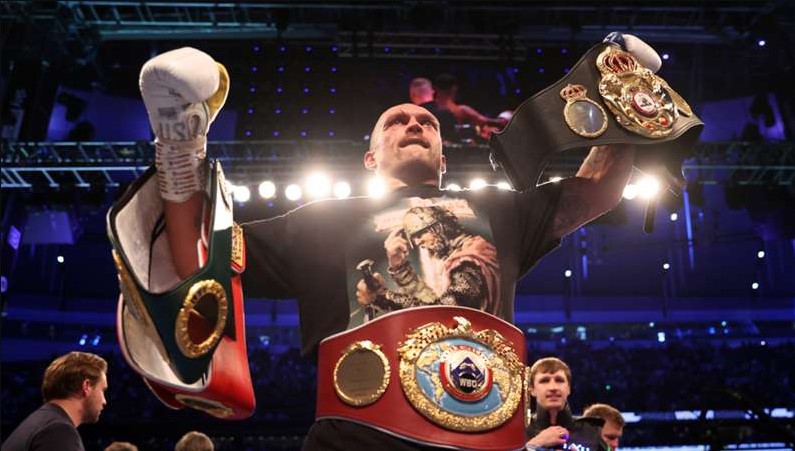 Oleksandr Usyk thinks Tyson Fury should do some research before flinging accusations of “ducking.”

Usyk, the unified heavyweight champion from Ukraine, responded to Fury’s repeated insinuations that he somehow tried to avoid fighting him.

Manchester, England’s Fury, who holds the WBC heavyweight title, has stated previously in interviews that he interpreted Usyk’s supposed unavailability to fight in the spring as evidence of ducking. Talk of an Usyk-Fury bout gained traction last month as a possibility in the event that Anthony Joshua, whom Usyk is scheduled to face in a rematch, and Dillian Whyte, Fury’s current opponent and mandatory challenger, took a step-aside fee. In the end, that scenario failed to play out, as talks faltered, and Fury’s team would go on to win the purse bid for Fury-Whyte with a record $40 million offer. Fury-Whyte is scheduled for April 23 at Wembley Stadium in London.

Usyk took exception to what he feels are spurious claims by the garrulous Fury.

“He’s lying,” Usyk told Behind the Gloves through a translator. “I never duck anybody. If he wants, I can fight him right now, bare knuckles, in the street.”

The 35-year-old Usyk (19-0, 13 KOs) pointed to the fact that he has fought most of his significant bouts on foreign soil for the majority of his career, including the time, in 2018, he travelled to Moscow, Russia to face Murat Gassiev in the finals of the World Boxing Super Series, winning a unanimous decision and unifying all four belts of the cruiserweight division. At the time diplomatic tensions were high between Ukraine and Russia from a series of escalating conflicts stemming from Russia’s annexation of the Crimean Peninsula.

Usyk, a proud Ukrainian national, says the decision to travel to – quite literally – enemy territory should disabuse anyone of the belief that he would wriggle out of fighting another boxer.

“In all of my career, I never denied fighting anybody, I never ducked anybody, even when we had a fight to go to Moscow, in Russia – the situation between the countries was very [tense]; I could have big problems in my country – even then I went to Russia, in Moscow, and fought and showed everybody what I’m capable of doing,” Usyk said.

Usyk is reportedly scheduled to face Joshua (24-2, 22 KOs) in a rematch of their September 2021 heavyweight title bout – which Usyk won by unanimous decision – sometime in May or June. London’s Tottenham Hotspur Stadium, the venue for the first bout, could be the location for the second meeting.

“It’s boxing, anything can happen,” Usyk said. “If Fury will take it seriously, if he will do a good camp, a good preparation for the fight, my opinion would be that he…will win that fight.”