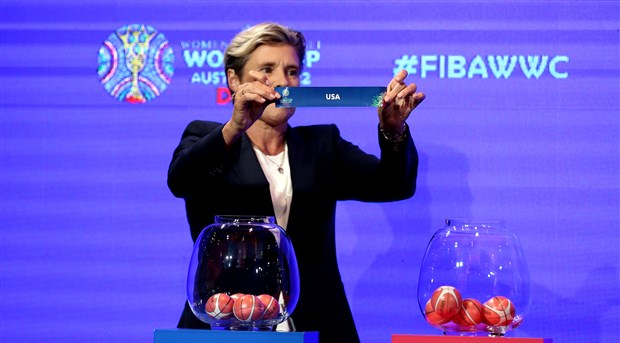 – The results are in for the highly-anticipated Draw of the FIBA Women’s Basketball World Cup 2022 which took place on the shores of Sydney.

Today’s draw has set out the path for the participating teams in their journey to be crowned world champions in FIBA’s flagship women’s competition later this year.

Here are the Draw results:

Following FIBA’s decision on Russian teams, the draw results features a team “To Be Determined” (TBD) team. FIBA’s Central Board will decide in due course which team from the Washington/Santo Domingo Qualifying Tournament that will participate in the Women’s World Cup later this year.

This milestone event took place on the forefront of Sydney’s spectacular Harbour and was attended by FIBA Secretary General Andreas Zagklis, who gave an opening address, as well as high-ranking officials from the Local Organizing Committee, representatives from Basketball Australia, the Hon. Alister Henskens Senior Counsel and Member of Parliament and other important guests and legends of the game.

The FIBA Women’s Basketball World Cup 2022 will tip-off on September 22 at Sydney Olympic Park and the game schedule can be found here.

The FIBA Women’s Basketball World Cup 2022 is supported by the NSW Government through its major events and tourism agency, Destination NSW and the Office of Sport.