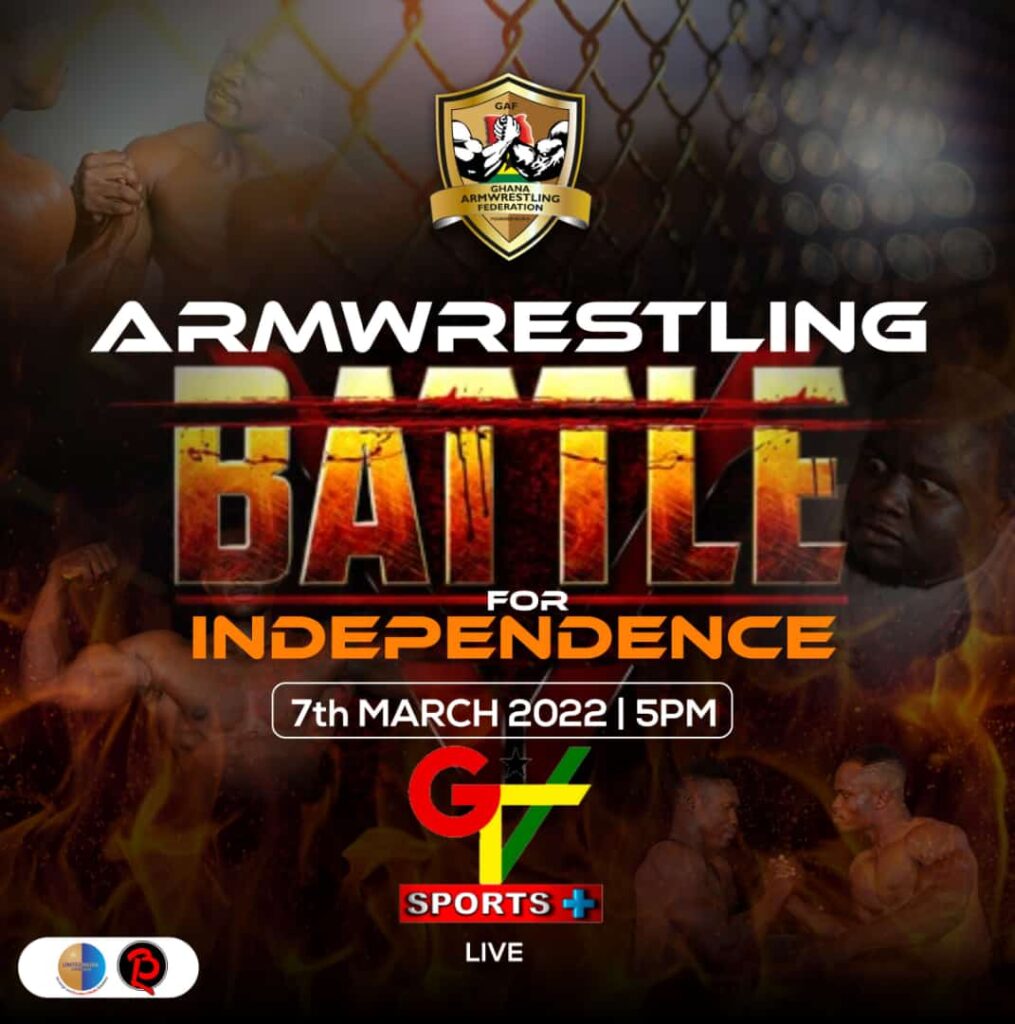 16 pullers will compete in the 2022 Armwrestling Battle for Independence on Monday, March 7, 2022.

Their oppositions, Grace Mintah of Ghana Police Service and Haruna Tahiru, have their championship status on the line and must mount a strong defence at the studios of GTV Sports+ at 17:00 GMT local time.

The Armwrestling for Independence challenge is on

Meanwhile, Showbiz Puller, Derrick Kwakye, will have it tough as he comes face to face with the strongest Haruna Tahiru who dethroned him in the Super Match after several years of dominance.

Both pullers have avoided each other thus making this event a “Show Up or Shut Up” contest where all contenders will battle to become the next supremo.

The Ghana Armwrestling Federation in conjunction with the Local Organising Committee of the 13th African Games, the National Sports Authority, and GTV Sports+ has put the event together.