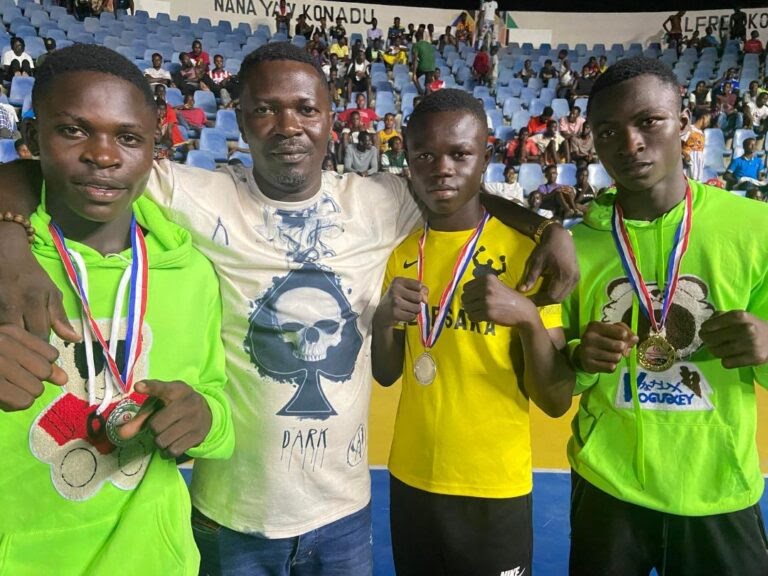 Coach Ebenezer Adjei of the Black Panthers is so much excited that one of his boxers, Joseph Commey has qualified for the new Black Bombers who will be representing Ghana at the 2022 Commonwealth Games in Birmingham.

He said since 2001 when Abigail Quartey was selected, no Black Panther has been in the national team.

“Indeed I am very happy because since I took over as coach of the popular gym I have been able to produce professional champions and now an amateur rising star who will represent Ghana at the Commonwealth Games, and if possible, the 2024 Olympic Games in Paris” he said.

He expressed that the selection was free and fair as every amateur boxing enthusiast was at the stadium and arena to see the action.

Mr. Mustapha Nettey, Treasurer of the Ghana Boxing Federation (GBF) said they are trying to find ways and means to send the team on trials abroad to get the boxers some exposure and experience.

“We have secured a programme through Joseph Awinongya to be part of an event in the USA, so we are preparing feverishly,” he said.