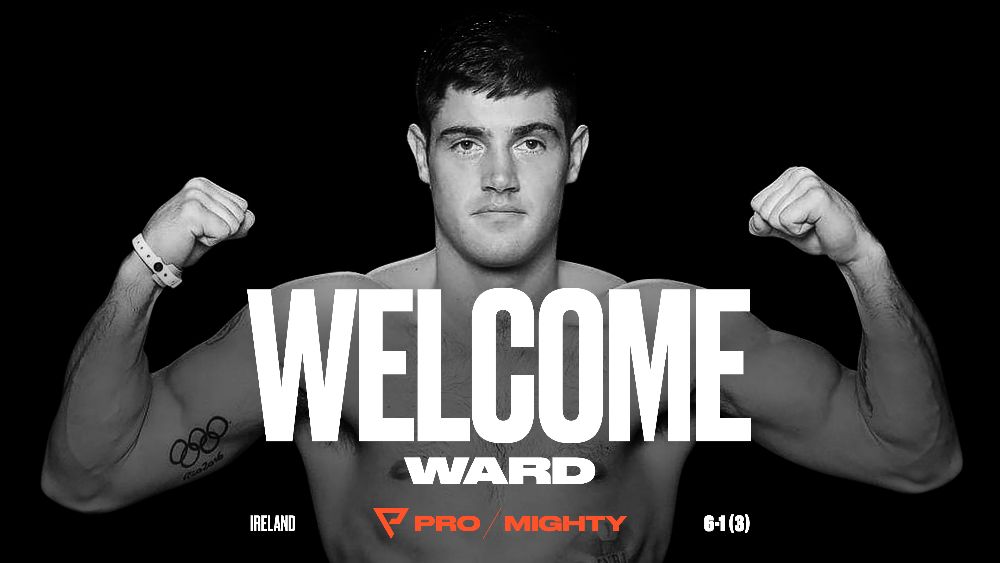 Joe Ward has been told the next 12 months are “crucial” after he signed a co-promotional deal with Probellum and DiBella Entertainment.

The 28-year-old is ready to give his professional career a major shot in the arm having fought just seven times since 2019, mainly due to a “devastating” knee injury suffered on his professional debut.

The light-heavyweight also boxed for his country at the 2016 Rio Olympics but Ward is determined to make up for lost time and transfer his incredible international amateur pedigree to the pro ranks.

“I’m excited to be working with Probellum, I think with their global reach they are a great addition to my team,” said ‘Mighty’ Joe Ward (6-1).

“Lou DiBella has done a great job building my career in the US but I believe that Probellum will really help to build my name internationally. I’m looking forward to a bright future, with a strong team behind me.”

“As former Irish Olympians go, Joe Ward is one of the best and undoubtedly one of the must-watch prospects in the light-heavyweight division,” said Lou DiBella, President of DiBella Entertainment.

“Since the devastating injury on his pro debut, Joe’s comeback has been extraordinary and he’s at full strength.

“2022 will be a year of growth where he can establish his credentials as a championship contender and with Probellum’s help, I expect Joe to fight more often on the world stage.”

“Teaming up with Probellum is going to greatly increase Joe’s notoriety around the world,” said Adam Glenn, Ward’s manager.

“He has achieved so much internationally at the Olympics and medalled at the World and European Championships – we believe he has everything you need to be an international star.

“We want to build him around his core fan base in Ireland and the UK, but also in the US, and especially in the north east of the country.  With his athleticism, ring IQ and charisma, Joe has everything you need to break through.

“The next 12 months are crucial for Joe.  He lost a lot of time through injury and then Covid, but he is building some momentum now and fights in his first eight rounder on March 25, in Montreal.

“By the end of the year he will be doing 10 rounders, moving up the rankings and fighting high level contenders.”

Fans in Ireland can watch the world championship cards on Friday and Saturday on Eurosport TV’s liner channels discovery+ and Eurosport App.

Viewers in North America can watch the shows on fuboTV while ESPN KO will broadcast the fights for their South American audience.