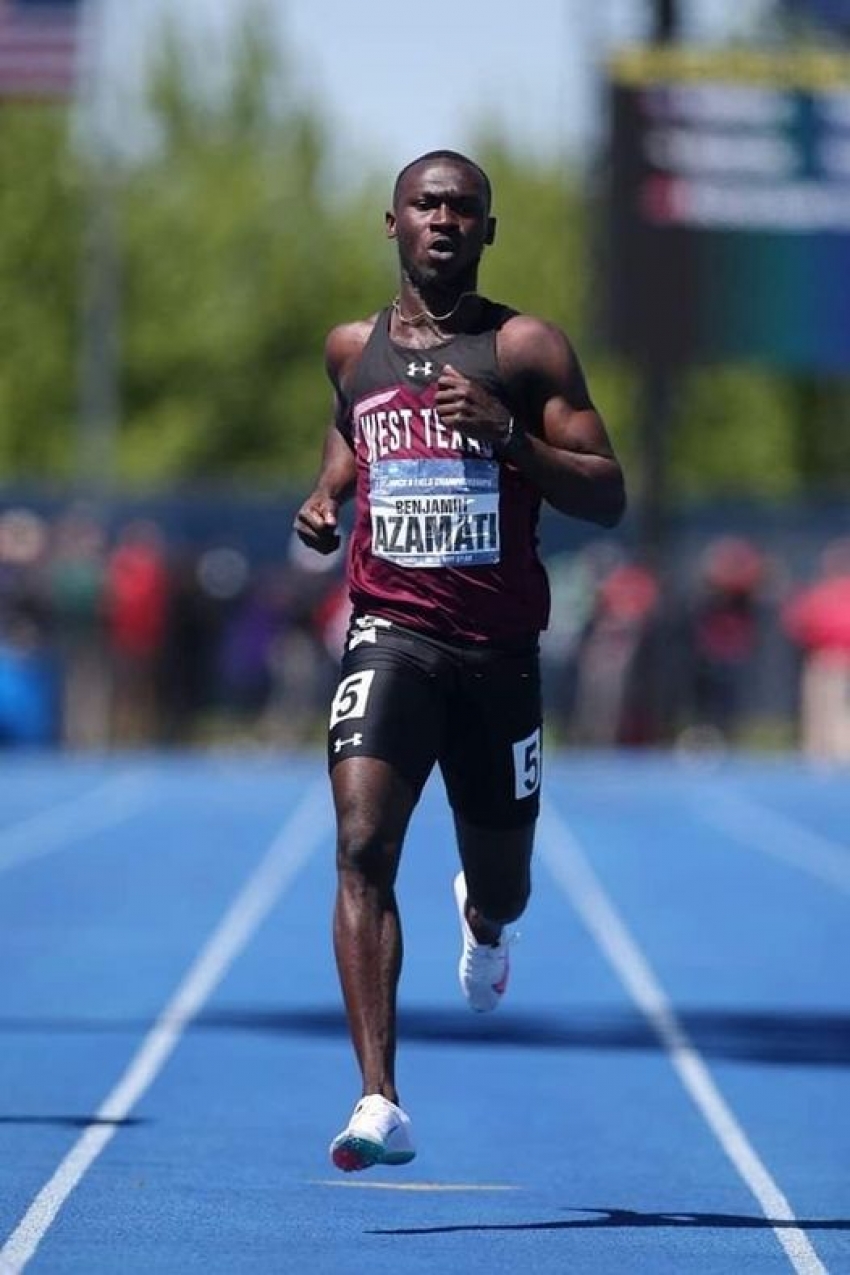 Sprinter Benjamin Azamati set a new national 100m record on Friday, finishing in a time of 9.90s at the Texas Relays.

The West Texas A&M dominated the race at the Mike A. Myers Track and Soccer Stadium, finishing well clear of Dashinelle Dyer in second place (10.35s) and Demarius Smith (10.36s).

It was fantastic start to the outdoor season for Azamati just a month after he began his indoor season with an African-leading time of 6.54s to win the 60m finals at the 2022 NM Collegiate Classic.

He is now joint No. 4 on the collegiate 100m all-time chart in the US.

Benjamin Azamati has just broken the Ghanaian 100m Record at the Texas Relays, powering to a massive Personal Best (PB) and World Lead (WL) of 9.90s, the 4th fastest time in NCAA history! He was miles ahead of Dashinelle Dyer who took 2nd in 10.35s and Denarius Smith in 10.36s.